A valuable podium finish for Overdrive Racing’s Vladimir Vasilyev in the demanding Orlen Baja Poland, round six of the 2019 FIA World Cup for Cross-Country Bajas, has lifted the Russian back to the top of the championship standings heading into the final two rounds of the series. 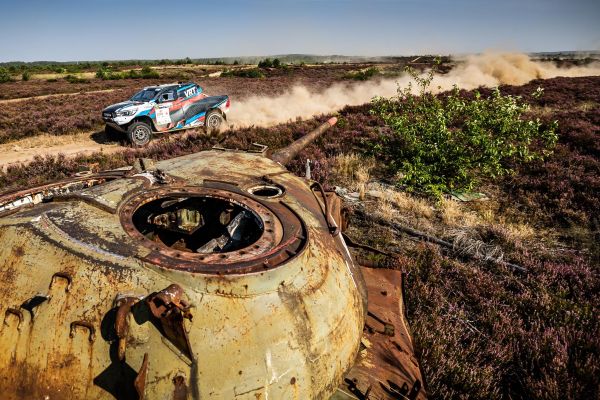 The VRT Toyota Hilux driver and co-driver Konstantin Zhiltsov completed the seven-stage event in third place behind the Polish duo of Krzysztof Holowczyc and Jakub Przygonski and that enabled Vasilyev to collect a further 16 valuable championship points.

With former series leader Orlando Terranova failing to finish the Polish event, Vasilyev now holds an unofficial lead of six points over the Argentine and an unofficial advantage of 19 points over Przygonski.Action got underway with a timed super special of 7.08km at Szczecin on Friday evening that would determine the all-important starting order for the first of two selective sections of 220km in the military proving grounds at Drawsko Pomorskie on Saturday.

Przygonski clocked the fastest time of 5min 59.2sec on the super special to open up a 2.5-second advantage over fellow countryman Holowczyc. Vasilyev settled into fifth behind Miroslav Zapletal and Benediktas Vanagas. 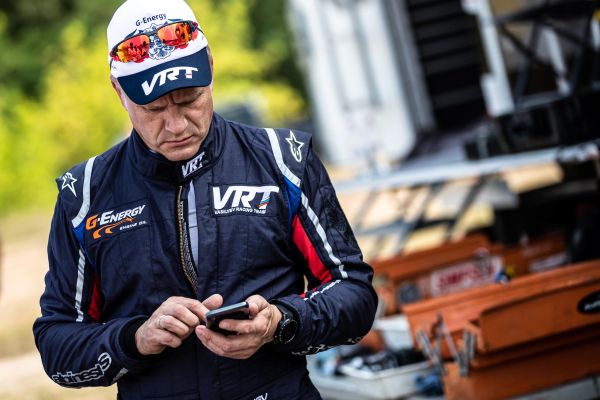 Veteran Pole Holowczyc hit back on the first run through the long selective section and a time of 2hrs 18min 31sec catapulted the former European Rally Champion into a lead of 5min 17.5sec over the defending FIA World Cup champion. Vasilyev clocked the third quickest time of 2hrs 30min 19sec to move up to third overall in the rankings and into a perfect position to regain the lead in the FIA World Cup after power steering issues for main series rival Orlando Terranova.

Vasilyev said: “The track was good at the military base and not as difficult as Hungary. It was soft and fast. We caught Vanagas and followed him for a long time and then he let us pass when he heard the Sentinel. Then we caught Zapletal and finished the stage after him.”

Holowczyc extended his advantage over Przygonski to 6min 24.5sec with another fastest time on the re-run of the 220km stage, as Vasilyev headed for the night halt in a comfortable third position that would put him in a great position to push on for the FIA title. 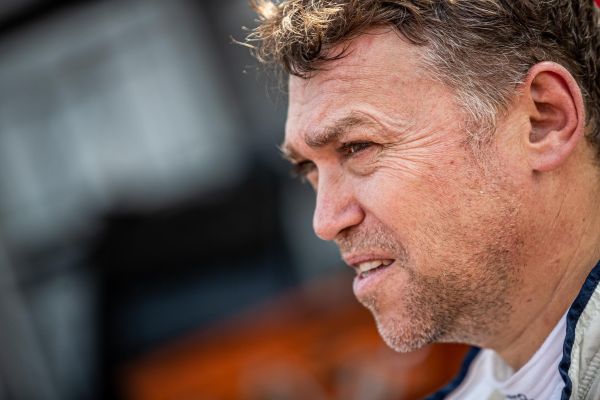 After SS3, Vasilyev added: “The stage had changed a lot, second time around. It was destroyed. I didn’t think it was difficult after the first run, but this was very different. The Polish drivers were very fast and it was not possible to catch them. For the last 39km, we were running in Zapletal’s dust and it was not possible to get close to him in the forests, so we finished behind him.”

Sunday’s action consisted of two runs through a pair of shorter selective sections of 18.39km and 10.50km at Krzekowo and Lubieszyn, respectively. Holowczyc won the opener and extended his lead to 6min 47.5sec, as title contenders Przygonski and Vasilyev stayed clear of trouble to retain second and third overall.

Przygonski pipped his Polish rival in the fifth stage, but the leading trio held station in the overall classification heading for the late morning interval before the stages were repeated in the afternoon.

Holowczyc edged a further eight seconds ahead of Przygonski through the re-run of Krzekowa and confirmed the win with the fastest time in the final stage. Vasilyev erred on the side of caution to conserve his third place and regained the lead in the Drivers’ Championship.

The penultimate round of the 2019 FIA World Cup for Cross-Country Bajas takes place in the southern deserts of the Hashemite Kingdom of Jordan on September 19-21.