Plans have been drawn up to stage an historic women-only motor racing championship which could be launched in 2019.In a proposal circulated earlier this year, the potentially groundbreaking series intends to see women drivers compete at six races – five of which will be staged in Europe and the other in America – with the champion promised a Formula One test drive. 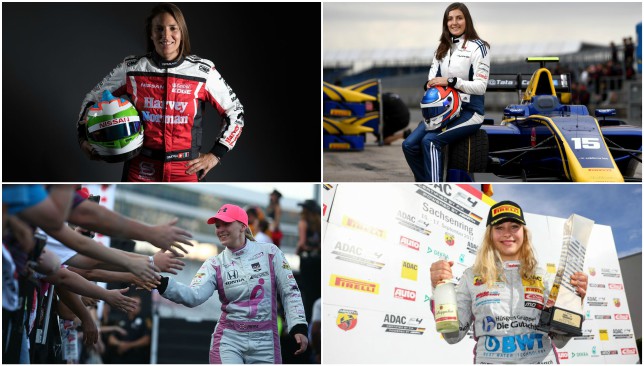 The London-based company behind the project are believed to carry the financial muscle required to get the landmark proposal off the ground – and its ambitious organisers expect the championship to be second only to formula One as the biggest international motor racing series within three years of its launch.

The 19-year-old from Bath became the first female and youngest winner of the British GT Championship.Moved to British formula Three after signing with the Double R Racing Team – one formed by 2007 F1 world champion Kimi Raikkonen – and finished ninth in the championship in her debut year. Born in London, Mann, 34, has forged a credible career in the United States after moving there in 2009.

She has started the prestigious Indianapolis 500 on six occasions and finished 17th this year in a race which featured two-time formula One world champion Fernando Alonso. Like Mann, the 37-year-old from Guildford has spent much of her career Stateside.

In 2001, she became the first woman to win the British Racing Drivers’ Club Rising Star award and tested for former formula One team Minardi in 2005.

Now races in the WeatherTech SportsCar Championship in America. Handed a development driver role by Renault back in 2015; a move which was largely seen as a marketing gimmick given the Spaniard’s underwhelming racing record.

Still a regular in the F1 paddock and friendly with the sport’s former supremo Bernie Ecclestone. Worked as a Development driver for Lotus F1: Carmen Jorda

Born in Munich, Floersch, who turns 17 next month, finished 13th in the German formula Four series this season.

Seen as a star of the future, and will make the step up to formula Three next year. She says her ambition is to be the first woman to be formula One world champion. The 25-year-old Dane became the first woman driver to win a season-long championship in North America after she triumphed in the WeatherTech SportsCar Championship in 2016 before successfully defending her title this year. Signed up by F1 minnows Sauber in February 2014 and took part in two tests, but was dropped following a contractual dispute.

The Swiss driver, 29, competed in the American IndyCar championship and the electric formula E series, too. Now races in Australia. The 24-year-old Colombian was hired by Sauber at the beginning of the year, and has undergone simulator work for the Swiss team.

Has raced in GP3, a formula One feeder series, for two successive years with a best finish of seventh in Italy this season. Next to her car: Tatiana Calderon