The fourth round of the 2016 FIA World Rallycross Championship heads to the birthplace of the sport, Lydden Hill in the UK.Owning the accolade of the shortest road racing circuit in the UK, the track is just over a kilometre long featuring fast, sweeping turns with an equally quick joker lap. 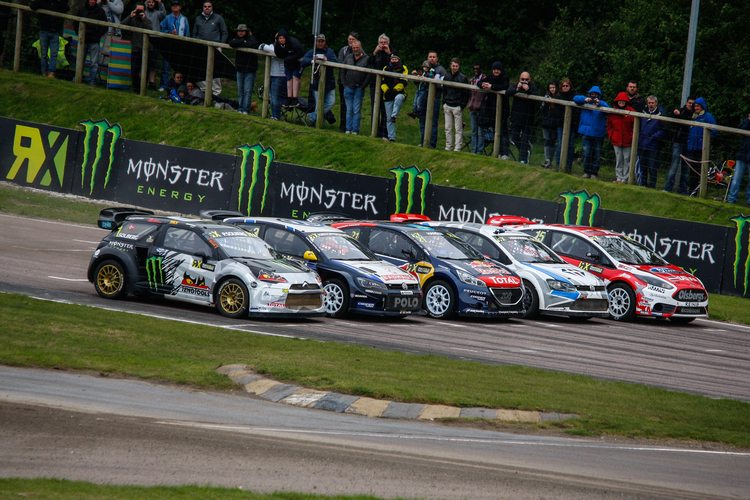 The circuit was featured on a Top Gear episode where James May went head-to-head with regular WRX drivers in a thoroughly exciting race.A mammoth 24 supercars will compete at the British circuit on Saturday and Sunday and will feature some home-grown talent including Liam Doran and British Rally Champion Guy Wilks.

Liam Doran will drive in the JRM Mini RX as ever, whilst Wilks will pilot a OMSE Ford Fiesta.  Julian Godffrey, another Britain hoping to find success at home, will also be driving the Fiesta.  Godffrey has dominated the British Rallycross Championship in recent years.

Lydden Hill also sees Ireland’s Derek Tohill take to the circuit.  The 40-year-old previously competed in the 2014 season for the LD Motorsports Team.

Last season, a thrilling final which saw the race won on the final lap, was won by Petter Solberg ahead of Mattias Ekstrom.  The drivers in their nail-biting battle were separated by just three tenths of a second.

Ekstrom and Solberg started on the front row after winning their respective semi-final rounds.  After the start Solberg took to the normal circuit having the inside line, but Ekstrom elected to take is joker straight away.  The Swede had it all to do and drove a stellar race to claw his way back up into second place.  When Solberg took his joker on the final lap, the pair were side-by-side in one of the most dramatic ends to an World RX raceyet!

At the last round in Belgium, Mattias Esktrom continued his momentum and dominated the round ahead of the quick Sebastien Loeb.  Two-time World Champion Petter Solberg came home in third place with Anton Marklund and home man Francios Duval in fourth and fifth.  Technical problems forced Johan Kristoffersson out of the final and retired.

Timmy Hansen’s difficult start to the 2016 campaign continued after jumping the start in the second semi-final, prompting him to take two joker laps as a penalty.  Timur Timerzyanov, FIA European Rallycross Champion was another victim of a jump start and couldn’t progress despite a qualifying race win.