Round 5 of 7 in the South African National Rally Championship will kick off at the Cow House Market in Pretoria for the Electrothread Rally on Friday 17th August. The Organising club HMC promises an absolute family fun packed rally for all ages and groups, catering for the experienced and novice spectators to turn up in their droves to experience some of the best rally action combined with a festival atmosphere. 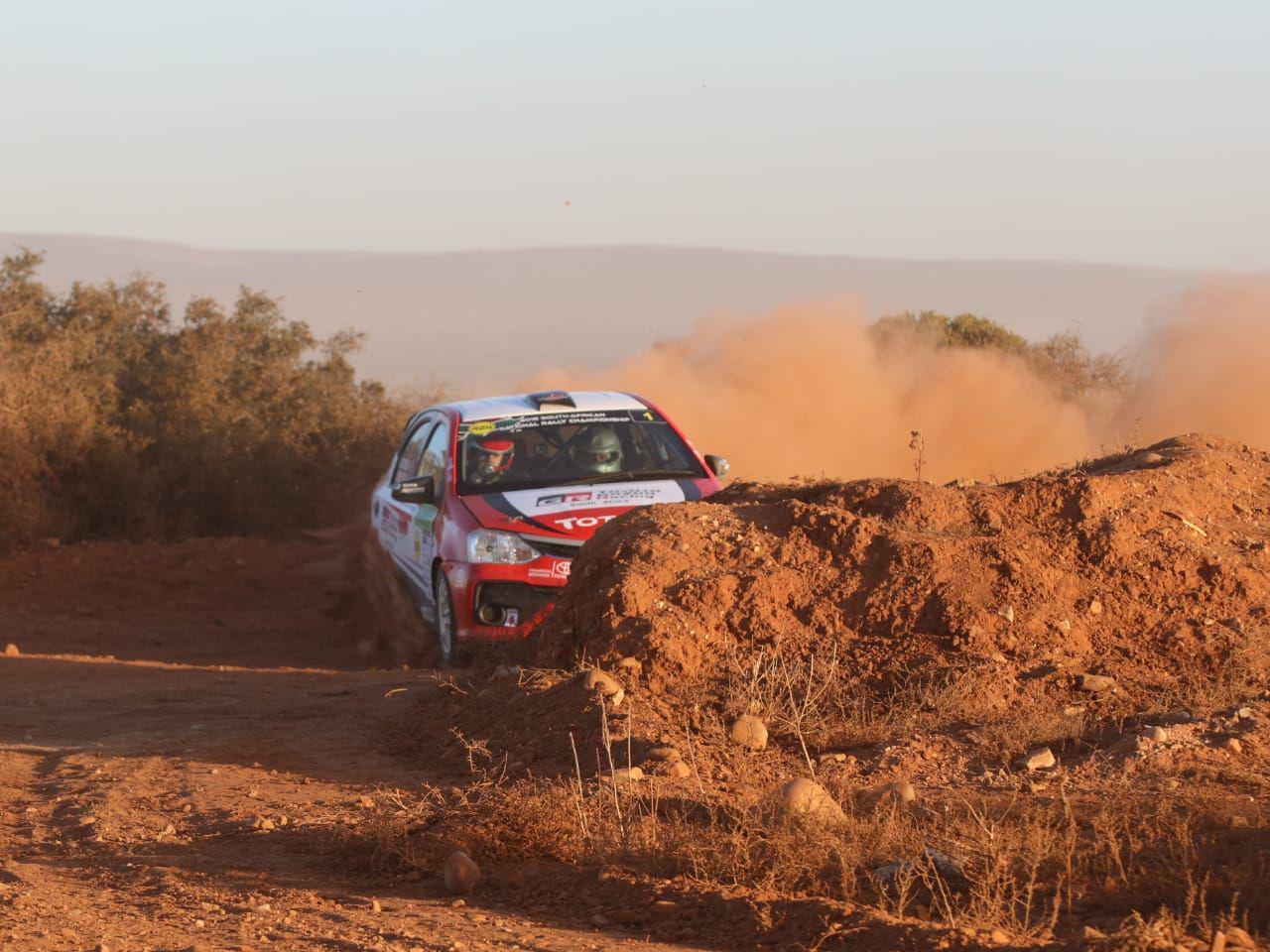 The public can expect fast paced rally action along with a great social atmosphere in Hazel Dean, next to Silver Lakes at the Cow House market from 14:00. The event kicks off at 15:00 with 4 gravel stages, of which stage 4 will be run at night. The night stage will start at 18:16

The South African Championship is at tipping point as the season nears to a close, but it is certainly not over yet because this ultimately is still rallying which is a very unpredictable beast. Just ask any rally crew and they will tell you nothing is guaranteed in this game that they love so much. Taking the 2018 Championship lead for the first time is Guy Botterill and Simon Vacy Lyle in their Toyota Gazoo Racing Etios after their third win in a row at the Algoa Rally down in Port Elizabeth. Guy and Simon are the fourth team to have an opportunity to lead the championship, and that is just how unpredictable 2018 has been so far.

Second in the Championship is AC Potgieter and Nico Swartz in their Lake Umuzi VW Polo who have remained the longest at the top of the standings with a joint lead share after round 2 and outright lead after round 3. AC finds himself only three points adrift from Guy and could easily retake the lead away for a nail-biting finish to the year.

Round 1 winner and early championship leaders Richard Leeke and Henry Kohne is in third place on the Championship and have had a stormy season after the first opening event in their Speedglas Ford Fiesta. They certainly have the pace to win events as Richard has proved by becoming the youngest person to win a round of the SA Rally Championship in 2017 at age 21. They will be pushing hard in a must-win attitude to get their last grab at maximum points to close down their 14-point deficit to the leader.

Fourth in the standings is the event Sponsor Chris Coertse in his Electrothread Mazda 2, navigated by Greg Godrich. Chris has had a steady run in 2018 capitalizing on the misfortunes of the other crews and taking his well-prepared car to the finish on each event. The wily old fox knows when to take risks and when to bag the points, a strategy that could well pay dividends at the end of the season to climb further up the leaderboard. BUT, he first has to contend with Tjaart Conradie and Mari vd Walt in the Silverton Engineering Toyota Etios who is trailing by one point.

The Pretoria crew will push hard to ensure he also wins the Master’s Category which is a competition within the R2N class for crew members older than 35 years of age. Due to a different scoring system for the Masters category, Tjaart is leading Chris by 2 points. Expect a fierce battle between these two crews.

Down in 6th place is Matthew Vacy Lyle who was joint championship leader after round 2, but with two consecutive engine failures on rounds three and four, the Yato Tools Toyota Etios was unable to collect any points and subsequently left Matthew wondering what could have been. Stand-in navigator Rikus Fourie will be reading the notes for Matthew again.

Team Boertjies of JJ Potgieter and Tommy du Toit find themselves in 7th place with their Verco Energy Ford Fiesta after some niggly mechanical issues haltered the progress of the crew.

Team Levan is the ever-cheerful crew from Bloemfontein of Jacques du Toit and Ronald Rens in the Quattro Racing VW Polo. They had a big scare on the Algoa Rally when their engine was engulfed in flames on the first stage, luckily, they realized in time the danger and extinguished the flames … and their hopes of a good rally.Another crew licking their wounds is the Swazi native Jono van Wyk. He led round two by an unassailable lead after the first day only for their engine to let go on route to the overnight stop.

They missed round three because their engine wasn’t ready yet and had their first finish of the  year in PE. Jono and Barry White hope to build up some seat time in the car to refine their speed in the car and might also just challenge for that first win in class.

George Smalberger and Carolyn Swan in the Shield Racing VW Polo will be hoping their luck has changed after his recent stint in a Cross Country car which gave him a solid finish in the Bronkhorstspruit area.

In the Open Challenge Class where any form of rally car is eligible to enter from any era and age, it will be anyone’s guess who will walk away with the laurels.

Locals Rory Eland and Robbie Coetzee in their Yellow Subaru Impreza have won twice in the season and is leading the Challenge. There will also be an older generation s2000 vehicle to contend with in the form of Theuns Joubert and Chris Brand who won Round three overallas well as the class, this pair will be hoping to do exactly the same again.Sybrand van Niekerk with Chantelle Burrows will make another appearance in their Toyota Tazz and will be hoping for a good result against the four wheel drive cars.

James van Wyk, brother of Swazi cowboy Jono, will try again to finish a rally with their ageing Ford Fiesta. Mechanical issues have dampened thisspirited crew’s opportunity to show what he can do. Adam Tyrer will read the notes.The slow revival of the Classic class will be represented by Hubi von Moltke in a VW Golf 2 with Nadine von Moltke making her debut in the nav seat.

Hubi is currently 2nd in the Classic Championship and will be going for maximum points to boost his chances. But he first has to keep the Ford Escorts at bay driven by Ashley / Les Mackenzie and Natie Booysen / Johan Smit. Their speed cannot be taken lightly, and they will go out to entertain the crowds with some rear wheel action. Also, one not miss out on some tail wagging driving antics is Gerhard Aucamp and Mauritz Malherbe in a Toyota Corolla.

On Saturday will see some Regional crews join in on the party and bolster the field with a variety of cars.

The first crews are expected back at Willem Prinsloo Museum for the last stage and for the podium champagne spray.