After taking the podium at the Malton Forest Rally last month, the Proton Iriz R5 secured its first competitive victory with the Mellors Elliot Motorsport (MEM) team over the weekend in the Grizedale Stages Rally, in the hands of Ollie Mellors and co-driver Ian Windress. 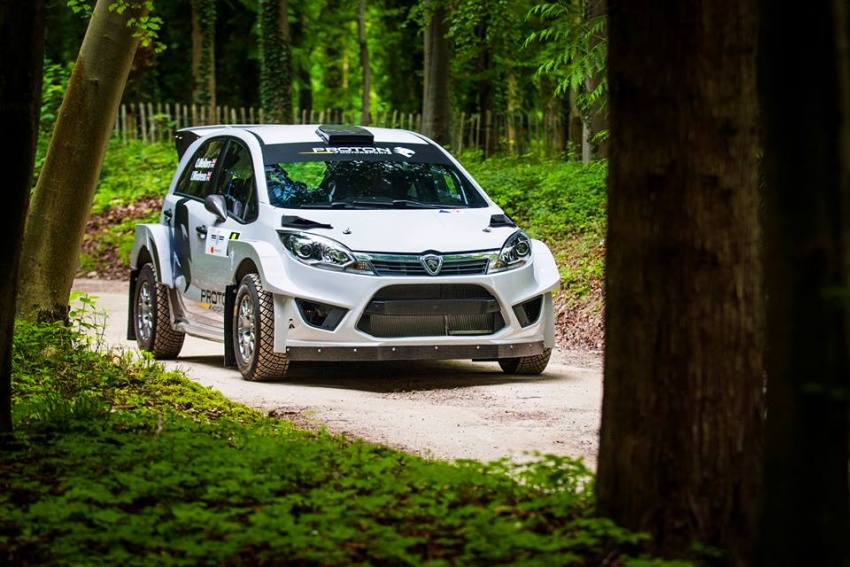 The duo were fastest in four out of the six stages, finishing a whopping 22 seconds ahead of Josh Moffett and 49 seconds ahead of Stephen Petch, each driving Ford Fiesta RS WRCs. The team said that it has further developed the car since the Malton Forest Rally, and that the strength of the competition at the event showed just how quick the Iriz R5 is.

“It’s great to be back on the top step of the podium! Ian Windress and I thoroughly enjoyed the Grizedale Stages Rally,” said Ollie Mellors on Facebook. “Thanks to all the team at Mellors Elliot Motorsport for the Proton Iriz R5, it is certainly an impressive car and once again it ran faultlessly.”

The series of impressive finishes bodes well for the Iriz R5 ahead of its entry into the World Rally Championship in the WRC2 category as well as the Asia Pacific Rally Championship (APRC) in 2018. In addition to contesting the Malton and Grizedale rallies, the Proton Iriz R5 has also been given a test by rallying legend and double WRC champion Marcus Grönholm in Wales.

Under its skin, the MEM-prepared Proton Iriz R5 boasts a 4B11T turbocharged four-cylinder engine from the Mitsubishi Lancer Evolution X, albeit with its cylinders sleeved down from 2.0 litres to 1.6 litres to comply with R5 and WRC2 class regulations. It also sports an Xtrac transmission and all-wheel drive system, along with Reiger suspension, Brembo brakes and Cosworth electronics.