Story by: Will Gray | gpfans.com

Racing Point boss Otmar Szafnauer has said the team must use its recent run of rough results as motivation to hit back in Turkey this weekend or risk an embarrassing slump from “hero to zero” this season. 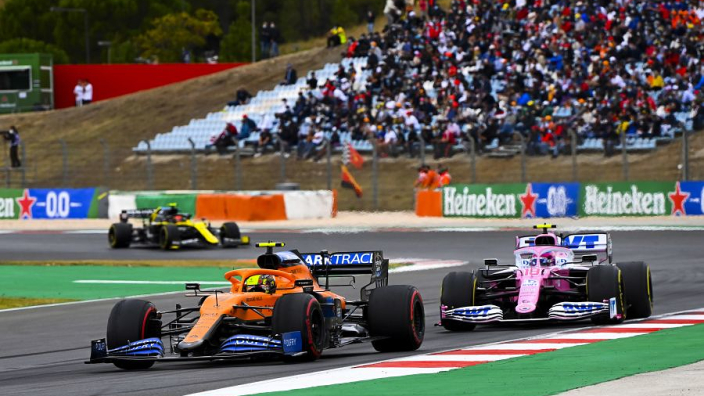 The Silverstone-based team has been the surprise of the year, benefiting from Mercedes power and a car based on last year’s title-winning Mercedes to haul themselves into a close battle for third spot in the championship.

Despite a 15-point penalty for rule infringements, they are still in the fight, just one point behind Renault and level with McLaren, but after some disappointing races they are in danger of being left behind by their rivals.

Szafnauer said: “We have to hold our hands up and say that we’ve not maximised the last few races. We have a competitive package this year and that raises expectations, so it’s frustrating not to have more points on the board.

“In sport, it’s easy to go from hero to zero – but every setback is a learning opportunity. I’m confident that we will not only improve off the back of these last few races but use them as motivation for the final push.”

Lance Stroll has lost form ever since he scored his first podium, in the Tuscan Grand Prix. In the last five races, he missed one and subsequently tested positive for Covid-19, and has retired from three others.

Sergio ‘Checo’ Perez, in contrast, has taken two fourths, a fifth, a sixth and a seventh in the same period, but could have been much higher up in the last two due to incidents and penalties.

And Szafnauer added: “We’ve had our share of bad luck along the way – and I certainly hope we’ve used up all our bad luck in the last few races.

“The incident with Max [Verstappen] in Portugal cost [Perez] a chance at fighting for the podium, and in hindsight we should have tried keeping him out on track, in Imola, during the safety car period.

“We shouldn’t forget this has been Lance’s best season in Formula 1 to date. He’s not only taken a podium, he’s also found a much greater level of consistency. After eight races he was P4 in the standings and on fantastic form.

“Unfortunately, since then he’s had a series of setbacks that have been largely out of his hands – firmly in podium contention in Mugello before a freak puncture took him out and looking good in Russia before he was hit by Leclerc.”