Critics who believed Williams could never “resurrect itself” in Formula 1 have already been proven wrong, according to its deputy team boss, in the wake of its 2020 improvements. Williams is the only team yet to take a point this season but has made substantial year-on-year gains with its FW43, having spent 2019 mired at the rear of the field.

George Russell has secured 12th place in qualifying at the last two grands prix while team-mate Nicholas Latifi joined him in Q2 in Hungary, the first time since Italy 2018 that both Williams escaped Q1.

Russell, who has out-qualified both Alfa Romeo drivers at each round, also finished ahead of the Haas duo, Red Bull’s Alexander Albon, Renault’s Esteban Ocon and AlphaTauri’s Daniil Kvyat in Q2 in Hungary.

“Clearly we’ve had an incredibly difficult two years and unless you’ve actually been through that experience yourself you don’t understand how difficult it can really be,” said Claire Williams after Saturday’s qualifying session in Hungary.

“I’ve used the word repeatedly now, it is exoneration, it is vindication, a lot of people had their doubts that this team would ever be able to resurrect itself and I think that we have proved those doubters wrong.

“That gives me an enormous sense of satisfaction as I’ve never believed that Williams was on its way out because we are a team of fighters, we’ve got an incredible team spirit.

“Anyone that does doubt Williams should be careful because we’ve got what it takes to take this team back to where we want it to be and we will never give up until we’ve done that and I think we’ve demonstrated that over the past couple of years.” 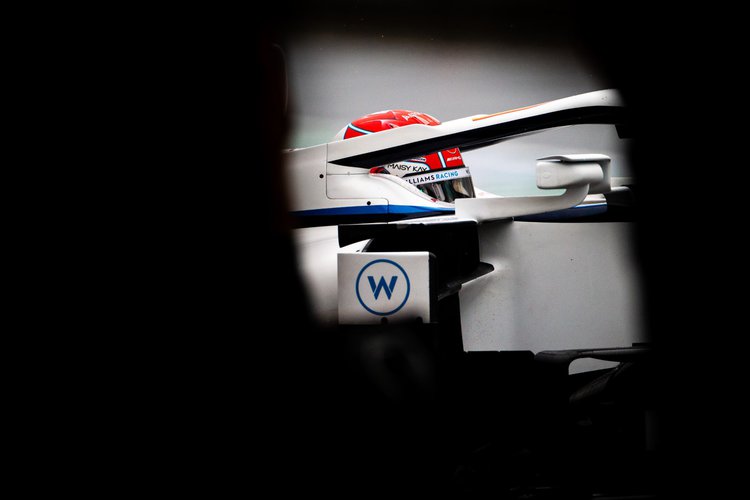 Williams added that the experience of recent seasons has given her a greater appreciation of its early 2020 form.

“When you have been in the position of coming to a race track and knowing you’re going to be knocked out of Q1 every race, that you’re going to finish every race last, you’re not going to race with anybody, it is soul-destroying,” she said.

“We kept turning up, we kept doing the job, we kept learning in the shadows, and that is now paying off.

“Now we’re in a position with a race car with which we can race that we’ve taken those lessons and we’re benefitting from them.

“I think until you’ve actually been in these kinds of circumstances you can’t truly appreciate how it feels to pull yourself out of it and how satisfying it feels on a day like [Saturday in Hungary] as you really feel like you’ve earned it.”