Nine-time FIA World Rally Champion Sébastien Loeb made his full-time FIA World Rallycross championship début this weekend at Montalegre, Portugal with the Team Peugeot-Hansen squad, making it through to the final race of the weekend despite challenging conditions and technical issues. 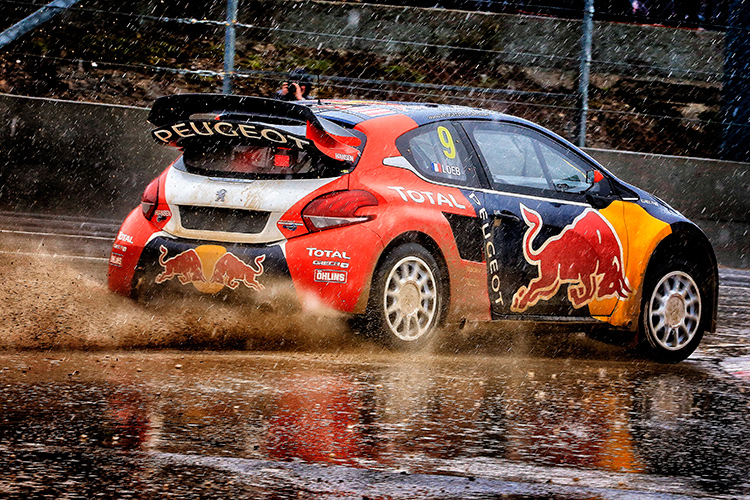 The opening day greeted competitors with torrential rain, creating a slew of mud throughout the circuit. Loeb’s quality would shine through as he set the fifth fastest time in both Q1 and Q2 races. The rain would lift for the second day and Loeb continued to put in consistent performances in the following two qualifying races with a sixth place in Q3 and a ninth place in Q4, leaving the Frenchman in seventh position after qualifying, meaning he would progress through to the semi finals along with eleven other competitors.

During the semi final race it was only Johan Kristoffersson that beat him by less than half a second, Loeb was through to the final race on a weekend that saw other seasoned rallycross competitors fall by the wayside. The final beckoned but despite giving it everything he had and a podium position in sight, transmission problems developed, dropping him down the order finishing the race in fifth place.

“Sébastien is certainly an impressive ‘rookie’!” said Team Principal Kenneth Hansen. “I didn’t expect that he would take to rallycross as quickly as he has. I’m impressed by the manner in which he approached the whole weekend.”

Loeb enjoyed his weekend racing, but acknowledged that there is still a lot to learn.

“I’ll say one thing – this discipline certainly isn’t easy!” said the Frenchman. “You need to be absolutely on top of your game throughout – in every race. I made a few small mistakes – as did most drivers in the tricky conditions – and one of them proved costly in heat four, but I bounced back from that.

“I had a good semi-final that enabled me to make it into the final, which was far from a foregone conclusion at the beginning of the weekend. Unfortunately, a transmission issue meant I had to back off just when the podium was within sight. I love the whole rallycross atmosphere; the car is extremely powerful and a lot of fun to drive, and it was fantastic to see so many spectators cheering us all on.”