Stevie “Fast” Jackson did not do anything surprising by winning the 2019 E3 Spark Plugs NHRA Pro Mod Drag Racing Series title. That doesn’t make storming the most competitive class in drag racing with the power of a terminator and the bravado of John McClane and emerging victorious any less impressive — or entertaining.

Jackson showed flashes of brilliance in his first two years behind the wheel of his Bahrain1 Chevy Camaro. He won the U.S. Nationals in 2018, finishing fourth in points, just 111 behind Mike Janis after recovering from a horrific crash early in the season. Despite that, he deemed the year a failure because he did not meet his preseason goal: winning a championship.

Few with notepads and laptops could have earnestly complained if Jackson was all talk, but the results on both sides of every fence from Pomona to Georgia to the Middle East showed he could drive the wheels off anything he got behind.

He amassed a lead so massive that by the time Pro Mod showed up to the U.S. Nationals in 2019, it became a question of when Jackson would lock up the title. How badly would Jackson decimate a field of veteran racers and their crew chiefs? How many times would he throw on a visor and party in the winner’s circle?

Jackson topped Todd Tutterow IV by an astounding 212 points, scoring 1,017 points. That would have made him a champion in every season Pro Mod has been contested in NHRA (noting, of course, that we’ve only been running 12 races for the past three seasons). Here’s what makes his dominance even more impressive: Tutterow’s 805 points also would have made him a champion in all of the previously 10 contested seasons.

“Having the experience of failing in our first two seasons is what made us capable of going out and dominating in 2019,” said Jackson. “We’ve always been fast, but we ate more parts than anyone else. I’m not the kind of person to go wandering around the pits to see what everyone else is doing, we’re going to figure everything out for ourselves.” 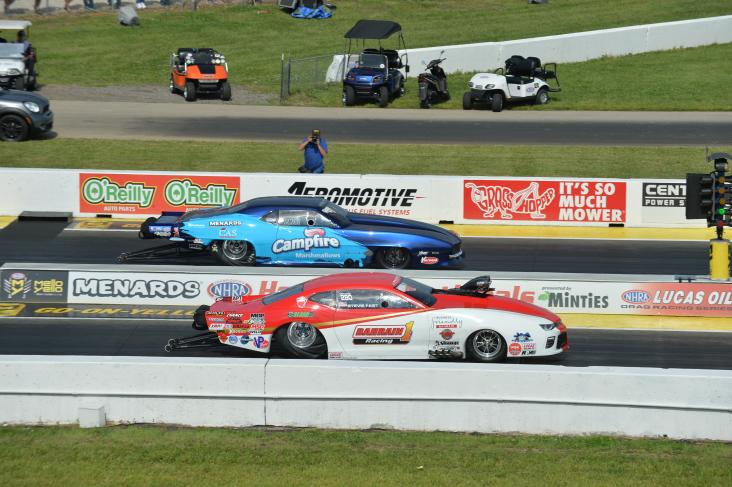 His Camaro made it down the track 76.3% of the time in all competition, and he did so without sacrificing speed. The average elapsed time of his supercharged machine was 5.769 seconds, nearly two-hundredths of a second quicker than Tutterow and absolutely steamrolling the class average of 5.822.

He paired that with an unreal reaction-time average of .031-second, with his only blemish being a pair of red-lights. So, good news everyone, Jackson has a way to improve if he desires more Wallys, more points, and a bigger grin on his face at the end of the 2020 season. Invariably, he will want more of everything as he continues to take a flamethrower to a tree lighting, making him one of the best entertainers in motorsports, regardless of discipline.

“You can always get better, no matter what it is,” said Jackson, before I could even finish my question.

“We can absolutely get more consistent — I want to make it down the racetrack every single pass because that makes it very difficult for the crew chief in the other lane to race us. My goal, no matter if we’re racing for a million dollars or for a dollar, is to make the other crew chief throw his hat on the ground and stomp on it like a 12-year-old. 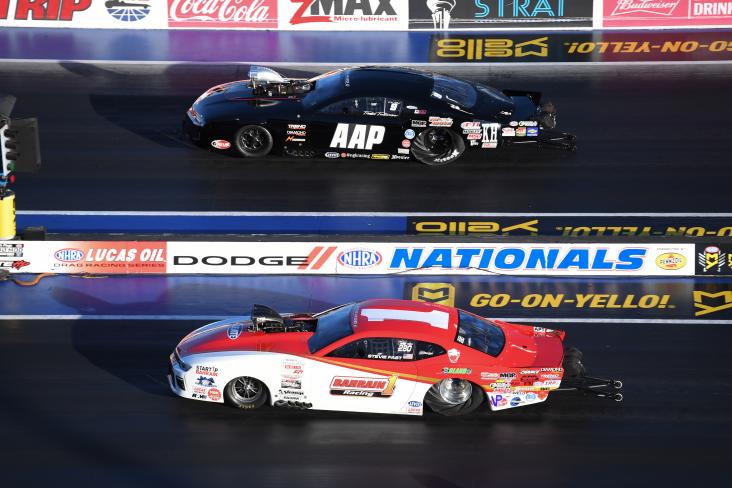 Jackson loves racing Pro Mod and wants to become a back-to-back champion, something incredibly difficult to pull off. That does not dim the allure of nitro racing to the Georgian, who has spoken fondly of Top Fuel and Funny Car for the better part of a decade. What has changed is his willingness to compromise.

“I think they’re missing a lot of color as far as personality over here on the [Top] Fuel side of things, and I think I could revive a lot of what the fans miss about that,” said Jackson. “With that said, I’m not going to jump through hoops and quit being me to go race over there. Ten years ago, I would have done anything in the world to drive a [Top] Fuel car today. If I can’t go do it, and I can’t be myself, and I can’t figure out how to run it and tune it, I’m just not interested.”

That’s who Jackson is while he’s in his pit, in the driver’s seat, and roaming the halls of an automotive trade show: himself. He came, in his own words, “to crush as many people as possible.”

“I have acquaintances over here,” said Jackson. “I don’t really have a lot of friends in life. I don’t do social things that normal people do. I don’t go out to Taco Tuesday and drink margaritas. I don’t do that stuff. I spend my free time in the shop trying to figure out how to be better.

“I get along with pretty much everyone in Pro Mod, and I’m friendly with a lot of folks, but I pretty much stay in my pit. … I always judge success by how many people don’t like you. So, when you’ve got a lot of friends around you, you probably suck. You’ll find that when you start winning, everyone seems to hate you. So, the more haters that I get, that means I’m doing better, so it makes me work hard.”