For motor racing fans it makes sense to combine the penultimate round of the South African Cross Country Championship (SACCS), the Sun City 400 on September 15 and 16, with a weekend getaway at one of the world’s premier holiday resorts. 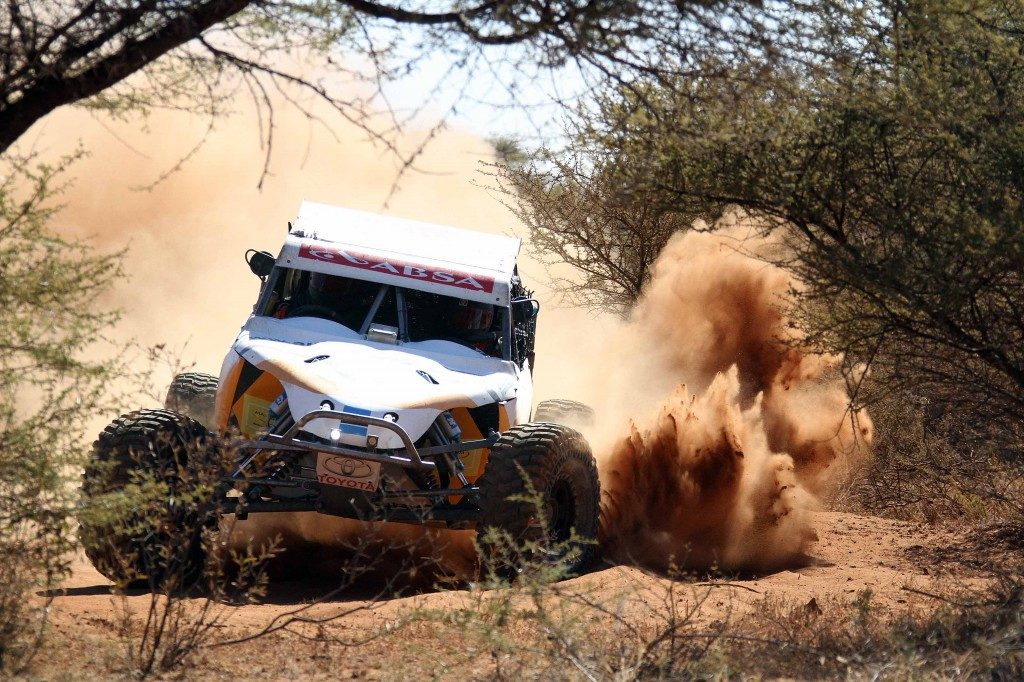 With closely fought championships up for grabs in both the Production and Special Vehicle categories the race promises to be an action packed affair, and “summer is magic” at Sun City with the North West Province resort still one of South Africa’s favourite holiday destinations. Only a 90 minute drive from Pretoria the newly upgraded Sun City combines an unbeatable choice of entertainment and relaxation options for all ages – with the added attraction of national championship motor racing thrown in.

With over 30 restaurants Sun City caters for all tastes and at Soho, the former Sun City Hotel, you can party the night away. Soho boasts an exclusive dance club, a vibrant bar and new restaurants.

For the younger set there are now seven slides to try at the Valley of Waves, and at the Adrenalin Extreme outdoor adventure hub the more adventurous can try Drift Trikes, Hovercrafts and the Quad 4×4 Challenge. Then there is the Zip Slide – over two kilometres long with an average speed of 120 kilometres per hour.

If watersport is your preference there is parasailing, waterskiing, jet skis, wake boarding and boat rides at Waterworld. Children can also enjoy supervised workshops offering a variety of activities and the Stimela train.

For the bigger kids the Gary Player Country Club is one of the most demanding golf courses in the country, and the Lost City Golf Course covers more than 100 hectares with various themes. Sun City is also a five minute drive from the Pilanesberg National Park reserve where the whole family can enjoy game viewing and you can spot the Big Five.

For the adventure seekers the Sun City 400 is one of the most demanding races on the SACCS calendar. A previous winner of the Event of the Year award the route takes in most of last year’s course with subtle changes.

“We have done some panel beating here and there and the course is again going to be a challenge,” said route director Adri Roets. “This is never an easy race, and good rain in most areas means parts of the route are overgrown and crews are going to be kept on their toes.”

Race headquarters and the designated service park will again be located within the Sun City complex with public entry to these areas free of charge. After a ceremonial start at race headquarters competitors will travel 30 kilometres west of Sun City to the start of the race close to the village of Tweelaagte.

The route then heads north to Molorwe and the west towards Marapalalo and Mapapotle to the northern most point of the course. Competitors then head south towards Mabeskraal and Tweelaagte to Bapong with a 30 kilometre decontrol back to Sun City.

The race will be held over two laps of the route with a compulsory 20 minute service halt after the first loop. There are numerous spectator points within easy reach of the Sun City complex and public entry to these areas is also free of charge.

The qualifying event to determine grid positions will be held on Friday, September 15 and the race the following day. The qualifying race will start at 13:30 and the main event at 08:00 on Saturday, September 16.
Cross country enthusiasts can also follow the fortunes of their favourite teams at home or in the office on the RallySafe app which can be downloaded, free of charge, for iOS or Android systems. The app is user friendly and enthusiasts can follow the race via maps which chart the progress of each car with split and overall times.