Pepper after best result of season

Tasmin Pepper is chasing a top five finish as she heads to Assen in Holland for the fifth and penultimate round of the W Series Women’s World Championship. Johannesburg lass Pepper, who has ended in the top eight in all four races so far in the series’ inaugural year, is keen to keep on improving as the season winds down and she cannot wait to race on the famous TT circuit. 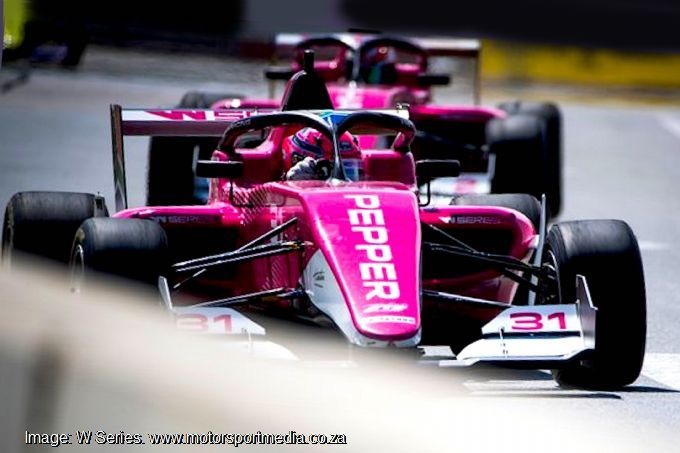 “We are really looking forward to getting to Assen,” Tasmin confirmed. “It’s another new track for me, so I have my work cut out yet again this weekend, but bring it on! “Assen is also the second last round of the championship and I hope to better my current position in the championship there, so a top five finish would be great at last!”
Tasmin earned the seat to represent South Africa through an exhausting elimination process earlier in the year and has risen to the plate in each round so far, to consistently run inside the top ten in spite of a few challenges on some of the race weekends so far. “A good clean weekend will do us just fine for once,” Pepper concluded.