The 2017 and 2018 champion followed Volkswagen out the door following his second title triumph, spending a year rallying and circuit racing, but in 2020 he picked up where he left off. Eventually.

Kristoffersson’s last-minute return, which included a deal to rent a Polo R identical to his title-winner from Volkswagen, was soon flipped on its head. Instead of scrambling to be ready, the coronavirus pandemic led to an anxious wait to get going.

“Everything was pretty late for us preparing for the season, so actually going into the season when the first round was canceled first of all and then the second round was postponed, we felt that we’d got some more time, we could prepare a bit better and that felt pretty nice at that moment.

“Then obviously it started to be pretty boring to be just hanging around without doing any racing, especially with all the preparation that it took to be able to get the program together.” 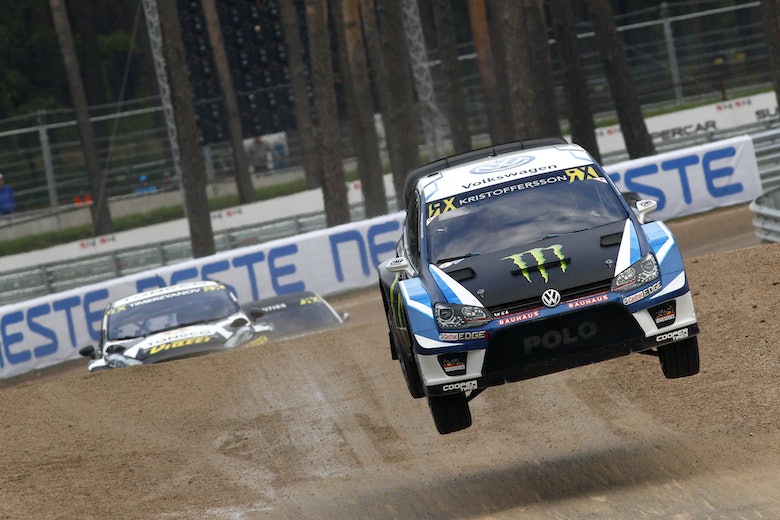 When things finally did kick off towards the end of summer, Kristoffersson was of course an early title favorite, despite his time away, and he wasted no time backing up that reputation by winning the season opener on home soil in Sweden.

Over the entire season, he took four event wins, including a comprehensively dominant display in the first Finland round where he swept the board right from free practice all the way to the final.

Four wins from eight may not look like the steamroller-like performance of 2018 (where he took 11 wins from 12), but it was more than enough to claim a third crown. Comfortably, too.

By the time the season was called after the Barcelona weekend, Kristoffersson held a 27-point lead over 2016 World RX Champion Mattias Ekström – just three points short of a maximum score for a full round.

What’s more, Kristoffersson achieved the title despite not having a team-mate to rely on. While main title rivals Ekstrom, Niclas Grönholm and Timmy Hansen all had sister cars to learn from and compare to, Kristoffersson flew solo for the whole year.

“We were pretty happy with that, obviously it’s very difficult to be only one single driver in the team,” he says.

“I have no team-mate to compare and work together with set-up and driving and so on, especially when there is no time to analyze in between the heats because of the hectic schedule.

“It makes it even sweeter at the end of the season when you manage to succeed with your goal and to be able to do it also with the family team was something I’m very proud of.”

Singling out a high point from another successful campaign, Kristoffersson points to the season finale where he enjoyed two days of battles with defending champion Timmy Hansen.

It was the first time the series’ two most recent champions had a proper on-track fight in 2020, as Hansen was blighted by issues in the early rounds.

“For me personally my high point was winning the semi-final in Barcelona, day two,” Kristoffersson recalls.

“Starting from the second row, to be able to win from that, we had a very difficult day going into the semi-final and final so we were placed on the second row of the grid and managed to win that semi-final, that was very, very crucial for winning the final and at the end of the day so I think personally that was my high point.

“I always enjoy racing against Timmy.

“It took some weekends before they could take a step in the right direction and start to challenge the Audis and us, but they managed and they fought really hard and he was testing between the race weekends even though the schedule was super-super tight.

“So they really did a good job and it was nice to have a straight fight against Timmy on both days in Barcelona.”

The year, of course, wasn’t supposed to end at Barcelona, with a final double-header at Germany’s Nürburgring scratched from the schedule late on.

While that guaranteed Kristofferson the title early, he nevertheless was disappointed to not get more track time at the tail end of the season, but was thankful to avoid the risk of traveling in the current climate.

“It was a little bit in two minds,” he says.

“On one side I wanted to go there and race for the last time of the year, especially because we worked so hard to be able to drive that car and run that car in our family team.

“And it was something we were so proud of and really fought for so many years since 2013.

“When I started rallycross with Kristoffersson Motorsport with the Scirocco in 2013 our target was to be able to win the world championship and it was a huge task and a big goal and then to be able to fight for that and actually be on the way to do it, it would’ve been nice to know this is going to be the last event of the year and we will have big chances to wrap up the title together with the team on-site, and cross the finish line and know that you’re going to be world champion.

“So in that way I was a bit disappointed, but on the other hand the biggest relief was being afraid of catching COVID-19 because if I caught the virus I wouldn’t be able to race and then someone else would’ve got the title, so in terms of that it was a relief, but mostly disappointed for not being able to race.”

Attention now turns to next year, where Kristoffersson hopes to remain in World RX – even if he hasn’t got the ball properly rolling on his 2021 plans just yet.

“The season became a bit short – we didn’t plan to end the season that quickly so we didn’t really have the time to think about 2021 already but our aim and target is to continue,” he insists.

The big question is if he returns, what car will he be driving?

Plan A would be to continue with the Polo R, but with Volkswagen Motorsport’s impending closure, that could prove to be difficult.

“Obviously the shutdown of Volkswagen Motorsport doesn’t make things easier so I think we have some work to do there, but let’s see what we can do,” he says.

“We are working on it, but if we don’t manage that we will try to do something else.” 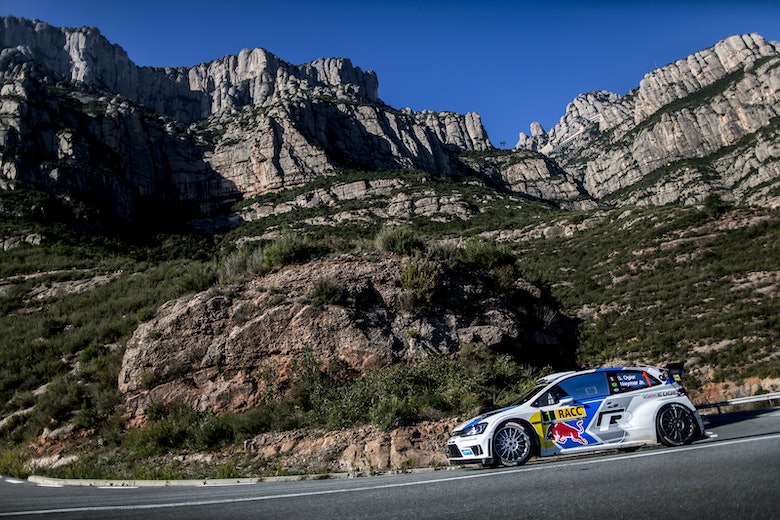 One thing is for sure – he won’t be campaigning the privately developed Polo he ran in select RallyX Nordic rounds this year.

He says the development the car would require to be competitive in World RX wouldn’t make financial sense with the championship’s pending move to electric power in 2022.

“That car needs to be developed and to spend money on that car to compete in the world championship the year before everything is going electric is…” says Kristoffersson.

“So I don’t think that is a good idea. Then we have to look into other options.”