On an ultra-fast track snaking between the Armco and stone walls, the “fearless” could make the difference.Begun at the Circuit Paul Ricard, the second-half of the FIA World Touring Car Championship continues in Portugal. Before the Asian swing, which will make stops in Japan, China, Thailand and Qatar; this is the last chance of the year to see the Citroën C-Elysée WTCC compete in Europe! 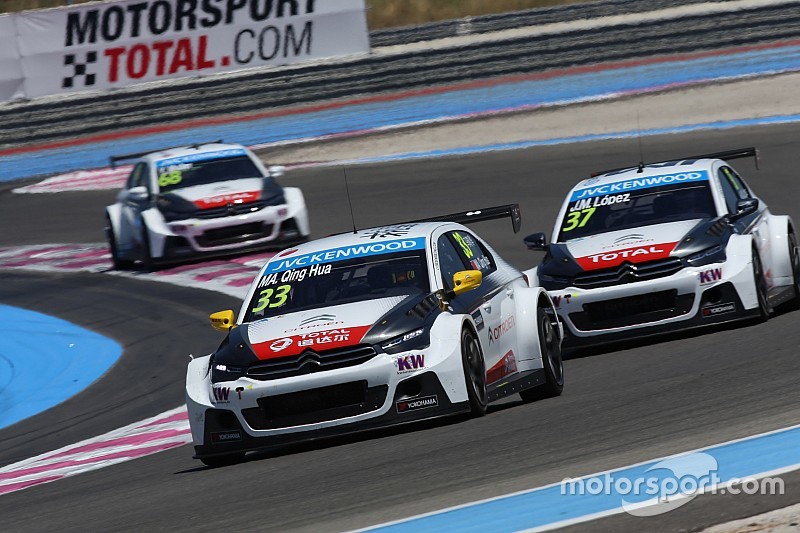 After several editions in Porto, the drivers will now encounter a new circuit at Vila Real. Located in the Douro region, this small town of 50,000 is considered as the birthplace of Portuguese motor racing. Since the first races held in 1931, a veritable tradition has taken root… and it is about to return to the forefront with the return of a major international competition.

Prior to heading to the Iberian Peninsula, the Citroën Total team drivers have meticulously prepared for the next venue for battle. The first observation: it will be very, very fast! The corners string together with an impressive pace, and only the chicane, which marks the end of the fastest section of the circuit, can slow down the cars. Because this is a street circuit there are no run off areas. In case of a mistake, contact with the metal barriers is quasi-assured. And when the track leaves the city, to wind through the vines, the circuit is lined with stone walls, not dis-similar to a rally special stage!

“It is a very fast circuit with an average speed in excess of 150kph” predicts Yvan Muller. “In contrast to what we experienced at Porto, I am worried that it will not be conducive for overtaking because of all the trail braking done, while entering the fast corners. Ordinarily, we think the pole position represents 50% of the work towards victory. In Vila Real, we will be more than 80%! ”

“You have to ask the right questions to know if it’s preferable to aim for Q3 and the outright pole or rather concentrate on tenth place in qualifying for the race 2 inverted grid”, added Sébastien Loeb. “The circuit should be a proper driving challenge, but I also regret the absence of a passing zone.”

“With its undulating profile, this circuit reminds me of a miniature Nordschleife” says José María López. “There are corners that require a ton of commitment from the drivers and especially the first of two left handers done flat out that follows the longest straight. We should go through there at more than 220kph, on the razor’s edge! But it is sure that it will be hard to overtake…”

“We learned a bit about the circuit on the simulator, but we don’t know what to expect when we get there, because it likely that the FIA will demand the modification of certain corners for the homologation of the track”, adds Ma Qing Hua. “Nevertheless, I believe it will be very hard to keep the car on the track, especially on such a bumpy surface. I also think that the breaks will suffer a lot, due to the track but also the high ambient temperatures. It will be an interesting weekend!”

The point about the points

After 7 rounds and 14 races, the Citroën C-Elysée WTCCs have scored 12 victories thanks to José María López (5), Yvan Muller (4) and Sébastien Loeb (3). In the World Championship standings it is the same with the Argentinean in the lead ahead of the two Alsace natives, respectively 39 and 74 points adrift. The title is far from settled with 275 points still to race for this season! The Portuguese round could reduce or increase the gaps.

With two podium results, Ma Qing Hua still waits to take his first victory of 2015. Such a performance would allow the Chinese driver to pull away from his adversaries for fourth place in the general classification: Monteiro, Michelisz and Tarquini. Prior to the hostilities at Vila Real, they are separated by just four points.

By scoring the maximum 95 points on four occasions, Citroën also leads among the Manufactures. The 193 point lead assures that no matter what happens the team will be able to enjoy a peaceful summer pause!