The MotoE World Cup has been officially unveiled at a launch event in Rome, with the first details of the series confirmed. The all-electric support series has been mooted by MotoGP owners Dorna Sports for some time, with Italian manufacturer Energica announced towards the end of last year as the sole machine supplier for the series with its Ego model. 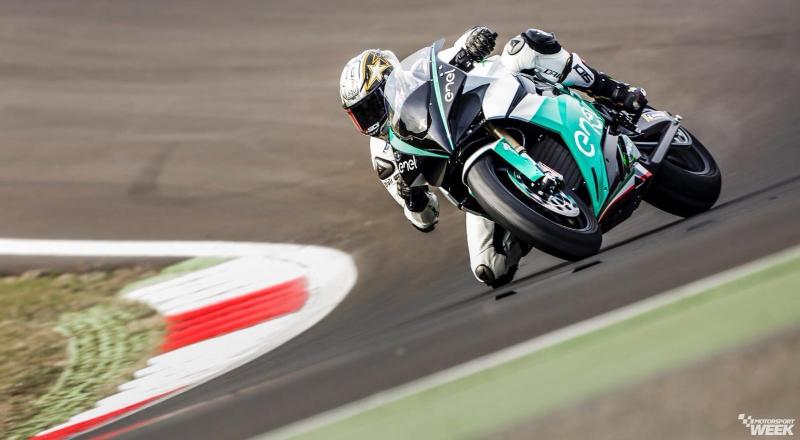 Set for 2019, the MotoE World Cup is set to feature 18 riders backed by the seven satellite teams competing in MotoGP, as well as a team from Moto2 and Moto3. Enel will be the series’ official energy partner.

“The FIM has been regarding all this new technology many years ago,” began Dorna CEO Carmelo Ezpeleta.

“We were speaking maybe six, five years ago about this possibility. The most important thing in our aim, since we start in 1992, Dorna is a company who organise races.

“It is our duty, among many other things. We have a lot of respect for all of our fans, so our people who follow the races on television, and because of that we consider to explore these technologies through the races.

“To do that we consider it’s very important to give the best interest for the new category, and for that we didn’t consider any possibility to do it outside the world championship.

“If we are showing the technology we want to be clearly, this was the most important part of the negotiations.

“We want to have the recharging of the batteries and everything really clean. We don’t want to show that we are just electric, we have the best technology and with less contamination possible.”