Du Gast started last of the 122 entrants, but finished 33rd over all after 750 miles split across three stages, while van Zuylen retired on the first day with mechanical issues. Both women entered more races, with du Gast cementing her role in motorsport history for the 1903 Paris-Madrid road race, more commonly known as “the race of death.”

Du Gast and van Zuylen were early pioneers of women in motorsport, but in the first half of the 20th century many women competed with, and defeated, men on track, in hill climbs, in rallies and at world-record attempts for speed and distance. It was only after World War II that women’s participation in motorsport declined.

It was this rich history that inspired Viviane Zaniroli, executive director of Zaniroli Classic Events, to start the Rallye des Princesses, an annual event for classic cars that has teams driving through France and Spain for five days, where the emphasis is on timekeeping and hitting targets, not on sheer speed. This year’s rally runs Saturday through Thursday.

While the first round of the rally, in 2000, was a success, it was with the next running in 2001 that the event began to attract the attention of corporate sponsors, including Pierre Cardin. In 2015, Richard Mille, the Swiss watch brand, became the event’s official partner, a relationship that continues.

“When Jean-Claude Killy named my husband, Patrick, director of the Paris-Dakar rally, I found myself alone at the helm of our business,” Zaniroli said. “That’s when I told myself it was a good time to try something new.

“I had been involved with classic cars previously, organizing a major event at the 24 Hours of Le Mans for the Austin-Healey Club. A large number of women had participated, but largely as co-drivers. Speaking with these ladies, I realized they were motivated by a genuine passion.

“It was after these exchanges that I had the idea for a women’s event combining elegance, conviviality and sporting competition,” she said. “A rally was the ideal format for bringing together these qualities. All the right ingredients were present. The hardest part was perhaps convincing certain gentlemen to lend us their cars!” 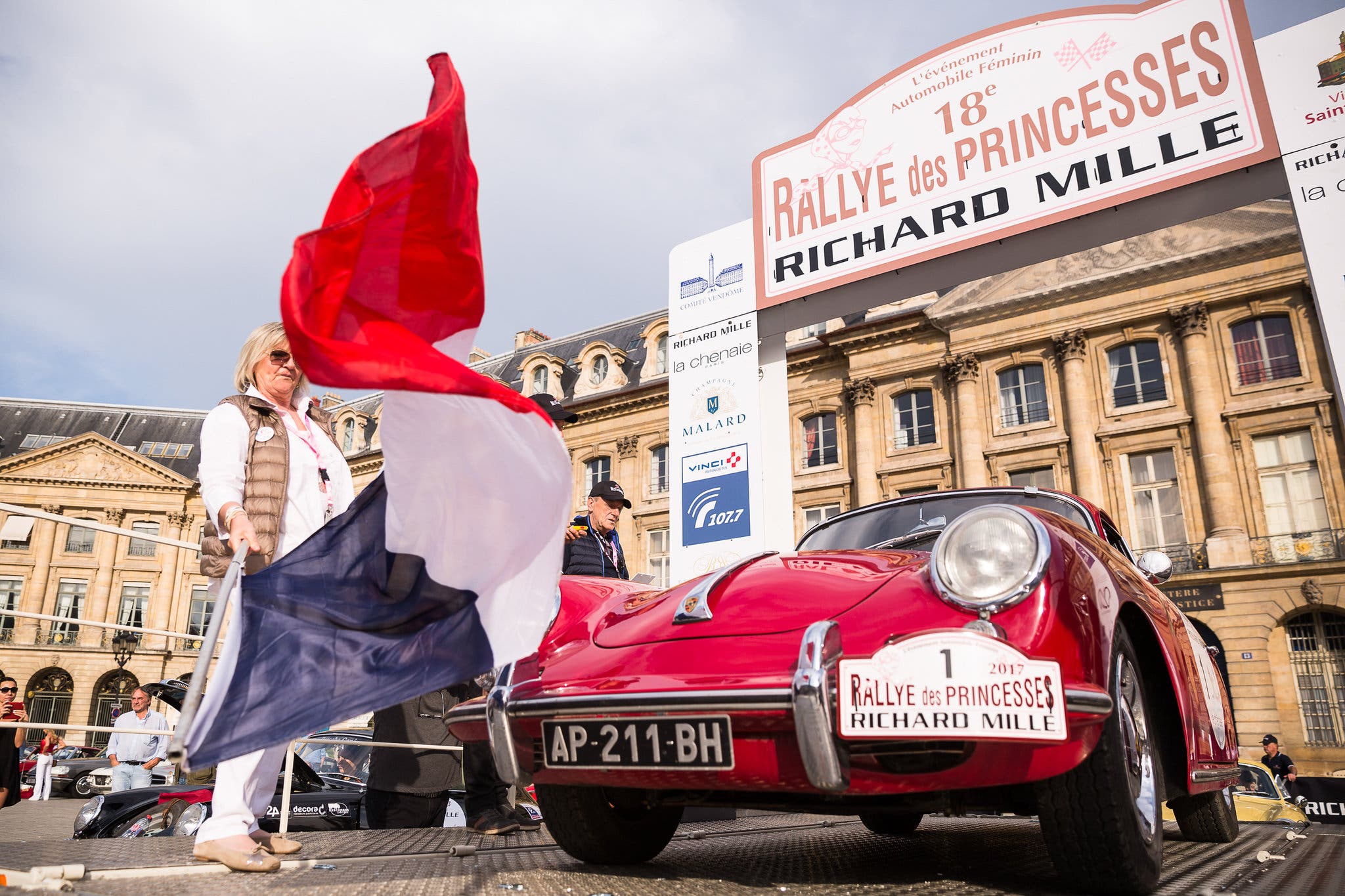 Despite its name, in the early years the Rallye des Princesses was open to mixed crews.

“I had opened the rally to coed crews, because a substantial number of gentlemen would consent to see their wives participate only if they could easily keep an eye on their car, or their wife, or both,” Zaniroli said.

By 2013, most crews were all women. With only five coed crews registered, there was little sense in preserving a separate class and rankings for the mixed teams. Zaniroli then restricted applications to only women.

In the 18 years since its inception, the rally has had many entries from women related to important men in racing and the automotive field. The first running of the rally was won by Caroline Bugatti of the family of the French automaker. The 2002 edition was won by Vanina and Larissa Ickx, daughters of the six-time Le Mans winner Jacky Ickx.

Originally designed to start in Place Vendôme in Paris and end in St.-Tropez on the Côte d’Azur, the 2018 route has been changed so that the event finishes in Biarritz, on France’s Basque coast. The finish will return to St.-Tropez for the 2019 edition.