The biggest event on the National Enduro calendar is about to unfold in KwaZulu-Natal’s Umzumbe. The double-header round of the series will be the first of its kind to hit the South Coast, which will host two blockbuster days of racing from 10-11 August. South Africa’s household names are set to battle it out on an epic 28-kilometre route that flows through some of the best enduro territory the country has to offer.

“I’ve been pre running the track and it is the most fun I’ve had in a while!” said route director Altus de Wet. “There is a proper mix of everything – sandy sections, rocky rivers, faster sections, off cambers, uphills, downhills and the most enjoyable single track. Riders are also in for some amazing views against the backdrop of sugar cane farms, natural forest and the ocean.”

For the Brother Leader Tread KTM squad, the event marks the highly-anticipated return of Scott Bouverie who has been sidelined since the first round of the series due to a shoulder injury. With a 2017 National Championship behind his name, Bouverie was ear-marked as a favourite in the race for the E2 title. While the first few races of the season panned out differently than what he’d hoped, Bouverie is determined to use the double-header opportunity to ease back into competitive racing form.

“I haven’t been back on the bike for all that long, but I’ve kept good overall fitness. I can’t wait to get back into racing! The best approach will be to take it one event at a time instead of placing too much focus on the championship as a whole,” he commented.

Fresh off some extreme training in the Romanian mountains is Kirsten Landman, who finished the iconic Red Bull Romaniacs for the second time in her career. While she had planned to take a shot at the Silver Class this season, she was thrown a curve ball after sustaining a knee injury in the weeks leading up to the event. Throwing in the towel was simply not an option for Landman, and she made the most of the situation by signing up for what proved to be a brutal Bronze route. 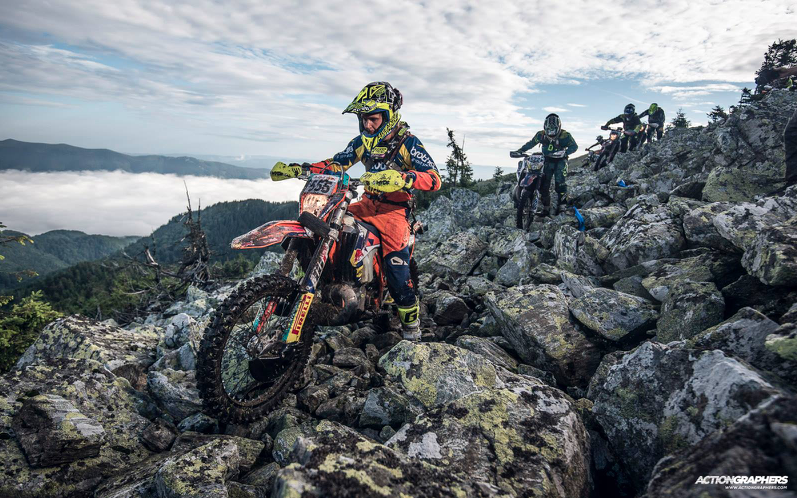 “It was a bitter-sweet pill to swallow, but I was grateful to have even been able to race. The Bronze route was a lot harder than five years ago, especially with all the rain! It was awesome to see how I’ve matured as a rider though, and experience how much fitness I’ve gained since I did this race last,” said Landman.

After yet another display of grit from South Africa’s enduro queen, she will now continue to pioneer a path as a lady rider in the E2 Championship.
“From what I’ve experienced in Umzumbe, we’re up against some pretty slippery and technical gullies. That’s good news – I feel like I’ve mastered the art of that after Romaniacs! It’s also a double-header round, and the five days on the bike made me fit for that.”

In the midst of the celebrations surrounding Bouverie’s return, the Brother Leader Tread KTM camp has been hit with devastating news. Star rider Dwayne Kleynhans recently announced that he will retire from the rest of the 2018 season due to injury. 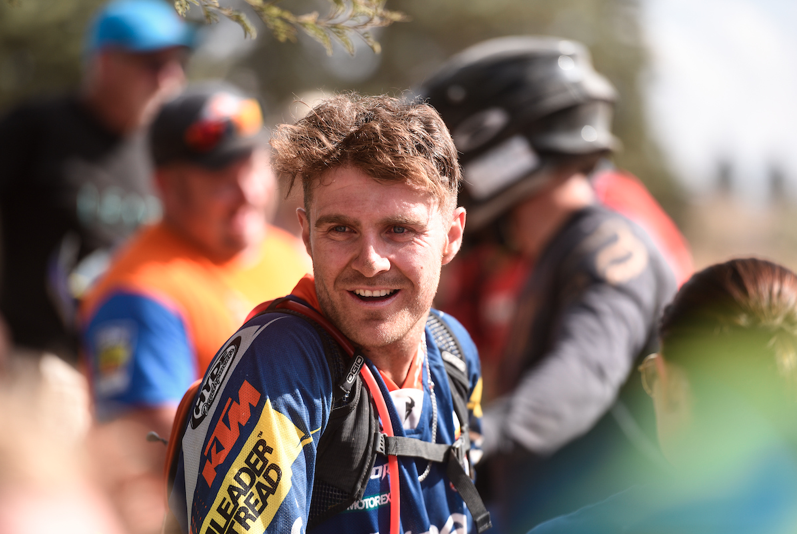 The rider hurt his wrist at the first National Enduro in February, and despite treatment, the injury has only worsened over time.
He will now undergo a period of rest and rehabilitation for a minimum of three months. With the promising possibility of snatching up the E1 Championship this season, the news is especially heart-breaking for Kleynhans.

“I am devastated about this injury. It’s really sad not only for me, but my sponsors who had high hopes of seeing me win the National E1 Championship. I’ve tried to race through the pain for five months, but I just can’t take it anymore. I’ll heal up and come back stronger next year,” he commented.