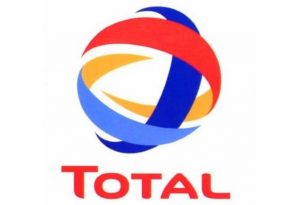 The sponsorship is a one year deal where Total South Africa will provide Total Excellium fuel for all the racing events on the calendar, of which there are six throughout the year for all cross country vehicles, motorbikes and quad bikes.

The series will be known as the South African Cross Country Series Powered by Total and will comprise of six events with five held in South Africa and one in Botswana. Each event will have a qualifying race on day one that determines the starting positions for the main race on day two. There are five classes within the car category and they include both four and two wheel drive racing cars. The bike category has 11 classes that include both four and two wheel bikes.

Said MD and CEO of Total South Africa, Pierre-Yves Sachet: “Total has an ambitious growth plan for the coming years and part of this plan is to improve the visibility of our products and services, notably Total Excellium fuel and our world class lubricants, Total Quartz. The Cross Country Series, will focus on our fuel offer with Total Excellium and the sponsorship of the Toyota Gazoo Racing team of Giniel de Villiers and Leeroy Poulter, focuses on our Total Quartz lubricants products. This sponsorship allows us not only to test our products under the harshest of conditions, but also to reach our target market with a medium that is visually exciting and highly entertaining. The professional way that this series is presented and the attractiveness for international teams to participate bring additional benefits for us and we look forward to an exciting motorsport calendar.”

“We are proud to be associated with a company that has an impressive history in South African and international motorsport” said SACCS Chief Executive Officer Siegfried Rousseau. “Total is a global brand and it is a feather in our cap to be working hand in hand with an organisation that is one of the leading energy suppliers in Africa.
Our association with Total adds immense value to the SA Cross Country Series, and we are looking forward to a long-term mutually beneficial relationship.”

Rousseau added that the link between SACCS and Total was a further indication that the sport was on a firm footing, with the potential for further growth. This applied not only to the national series, but to the regional championships as well.

The first event of this series kicks off on 31 March in Lichtenburg. Race headquarters, the start/finish and the designated service park will be located at the show grounds on the outskirts of the town, and public entry to these areas and spectator points along the route will be free of charge.
Cross country enthusiasts will also be able to follow all events on the RallySafe app for Apple and Android devices. The app is downloaded free of charge from app stores, and enables enthusiasts to track the cars on a detailed map as well as download split times and access results.