Toyota Gazoo Racing SA’s Nasser Al Attiyah and navigator Mathieu Baumel continued their domination at the 2019 Silk Way Rally, by completing Stage 6, from Mandalgovi to Dalanzadgad (Mongolia) in a time of 4hrs 11min 35sec – this put them 3min 15sec ahead of the fellow Toyota Hilux, driven by Dutchman Erik van Loon and French navigator Sabastien Delaunay. The Stage 6 podium was rounded out by Mathieu Serradori (France) and navigator Fabian Lurquin, in their South African-built Century CR6 buggy. 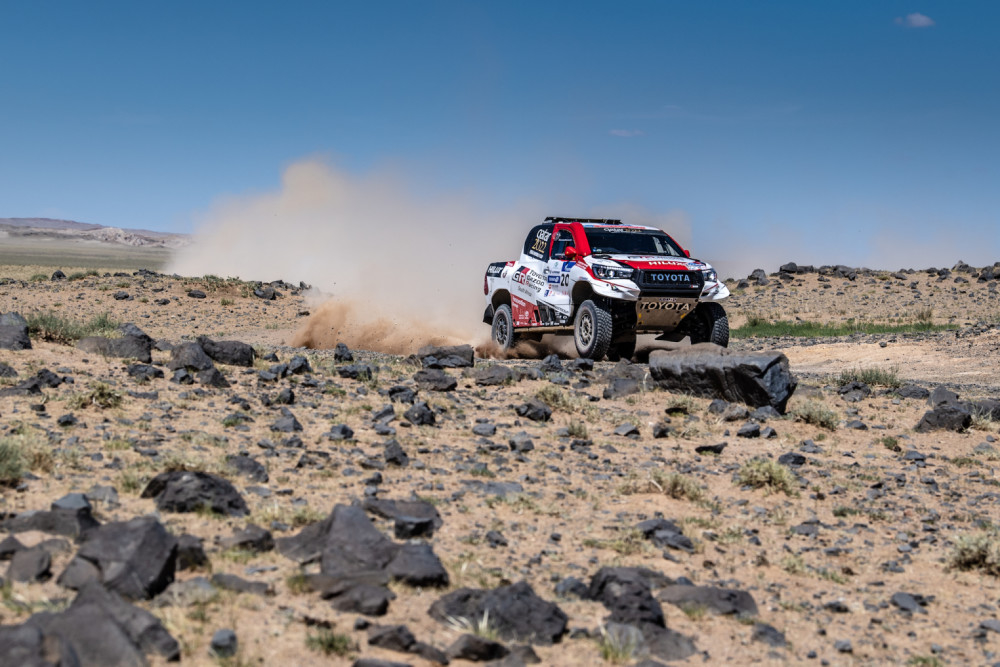 “Nasser and Mathieu had another great day on the rally,” said Toyota Gazoo Racing SA Team Principal, Glyn Hall, after the Qatari had completed the stage. “The navigation at the start of the stage was somewhat tricky, and they initially went down the wrong track. But Mathieu quickly realised their mistake, and got them back on the stage. They had one puncture, but other than that, they set a great pace to win the stage, their sixth on the trot.”

With another second-place finish, one can only wonder what Van Loon/Delaunay may have achieved, had they not lost a mass of time on Stage 2. The Toyota Hilux crew dropped out of contention with propshaft problems, but have clocked exceptional times throughout the remainder of the race to date.

Next up is Stage 7, which moves the action from Mongolia and into the northern reaches of China. The terrain here will be sandier, which clearly suits both the Toyota Hilux and its Qatari driver, as proved on this year’s Dakar Rally. 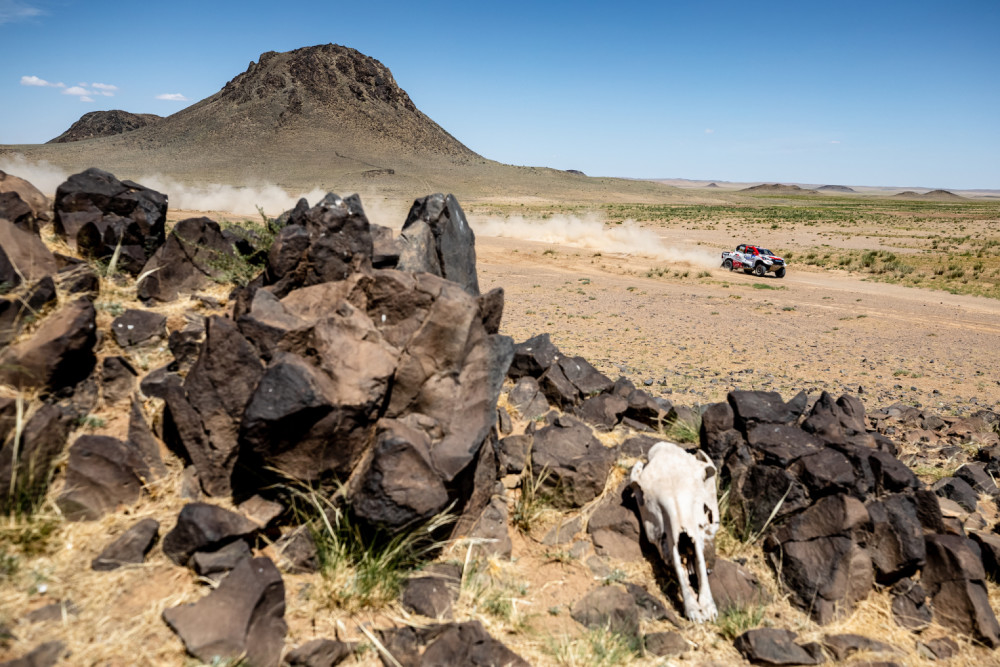 Only four stages remain in the ten-stage event, but even with a lead of more than 40min over China’s Kun Lui (Hanwei SMG Buggy), the Toyota Gazoo Racing SA driver will take each day as it comes, without taking undue risks at this point. The race is scheduled to finish in the Chinese city of Dunhuang on July 16th, 2019.