Ferrari’s impressive pre-season pace may have put a fifth title in Vettel’s thoughts, but he enters this week’s Canadian Grand Prix 55 points behind rival Lewis Hamilton, who has won four races. 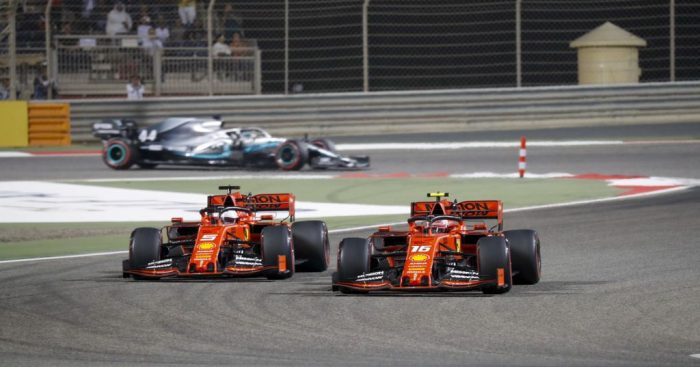 Vettel may hope that a return to Circuit Gilles Villeneuve can kickstart his season, given he won from pole in Montreal 12 months ago and the SF90’s mighty engine should come to the fore.

Webber and Vettel had an intense rivalry while team-mates at Red Bull, but Vettel has often reacted with begrudging acceptance at Mercedes’ dominance this year.

“Sometimes he is relaxed when he has finished second or third, which one would not expect that he is satisfied with it,” Webber told Servus TV.

“Only Sebastian can answer that for himself.”

Recent reports suggested that Vettel may be considering retiring at the end of 2019. Although the German has scotched those suggestions, Webber says his old colleague has plenty of thinking to do.

“Anything is possible in Formula 1. He is definitely at the crossroads of his career, even mentally,” Webber said.

“He has to decide. What he wants in the coming years, which is really a fine line to do it and continue to have success.”