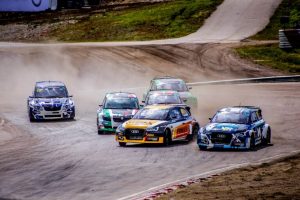 The team, owned by well-known rallycross driver and constructor Rolf Volland, is one of the most successful teams in the Super1600 class after claiming multiple of championship titles and are fielding five Audi S1 cars in the class for 2020.

For next season, they are expanding and joining Projekt E, which is the first all-electric rallycross class and has been created by Austrian World RX team and technology firm STARD.

“The future clearly belongs to the electric powertrains on the road, just like in racing, I’m absolutely convinced of that, and it’s just made for the fast, explosive short races in rallycross. In my opinion, it’s the only alternative for the future.” Volland explained about what he thinks the future of rallycross looks like.

“As a designer and constructor, it’s important to accept this future, and to help shape it too. As a team manager and race instructor, it is also important to me to introduce young drivers – not only from my team – to this future as well. Projekt E is the best option for this.”

Volland Racing is also looking into making their debut on the world scene later this season at the World RX of Nürburgring, which is set to take place at the brand-new venue in Germany in December.

“We might manage to run the first car already at the 2020 WRX Nürburgring this December before the 2021 full season. That would be amazing.” Volland added. 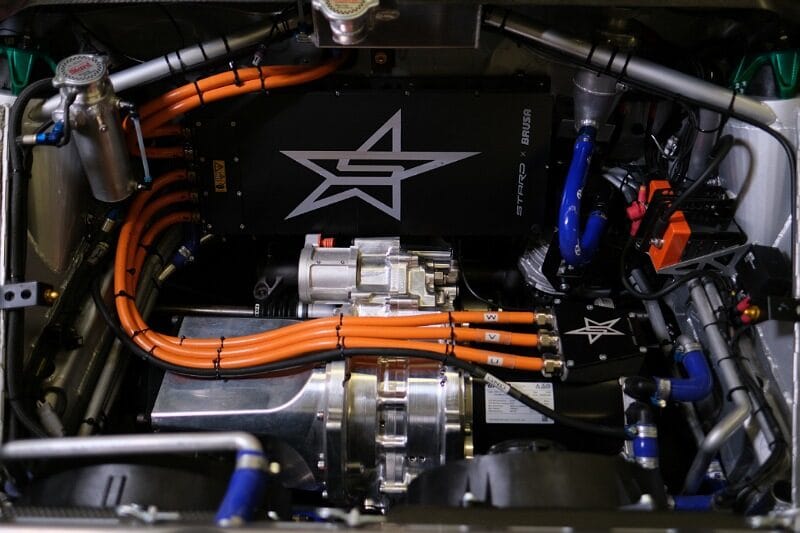 The Projekt E series uses the state-of-an-art REVelution powertrain, developed by STARD which produces 450kW (613bhp) and 1002nM of torque. A conversation kit is also allowed to be fitted to the current generation internal combution engine powered supercars, but the teams can also buy ready made cars directly from the company also.

“We’ve been in close contact with Rolf since our official launch in Riga last year and he has followed the development carefully. Everybody who knows him also knows he is not a person who rushes into anything,  but always thinks his plans through very carefully. “ Michael Sakowicz, STARD CEO and founder, said.

“It will be a great option for drivers looking for a top level yet cost efficient, proven arrive and drive package. Rolf’s team is one of the most experienced and successful teams in rallycross. Having Volland Racing enter Projekt E is a strong confirmation of the series and technical concept, which from day one was designed to offer customer motorsport companies an opportunity to run their own electric cars. It’s also great that this ensures a third brand for Projekt E.”