Skip to content
Volkswagen plans to show off its electric powertrain tech via the I.D. R Pikes Peak race car later this summer by taking a run at the Pikes Peak International Hill Climb. The automaker previewed the race car itself this week via computer-generated images, giving a glimpse at the prototype that will fly up the (now paved) course in Colorado on June 24. 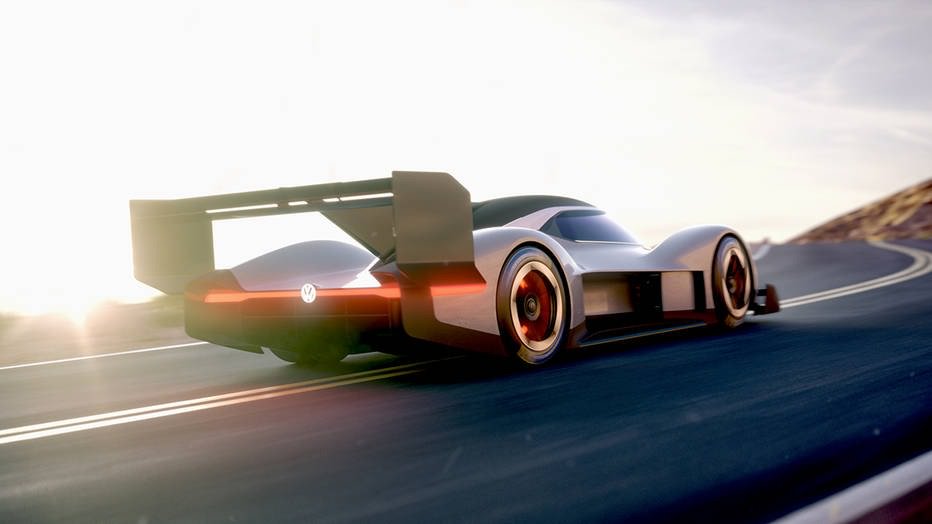 The purpose of the I.D. R Pikes Peak is to showcase modern, all-wheel-drive electric powertrains, as well as Volkswagen’s aerodynamic expertise ahead of the market launch of the I.D. lineup of battery-electric passenger vehicles. The 12.4-mile “Race to the Clouds,” held in the Rocky Mountains near Colorado Springs, has been around since 1916; the route starts just above the 9,000-foot mark and continues up to the summit at 14,115 feet.

Volkswagen Automotive Group certainly has some history to look back on at Pikes Peak: in 1985, Audi won with its Quattro technology with Michele Mouton behind the wheel of the Audi Sport Quattro S1, paving the way for subsequent wins by Bobby Unser in 1986 and Walter Rohrl in 1987.

The VW I.D. R Pikes Peak race car will make the dash up the mountain in June of this year.

“We want to be at the forefront of electromobility with Volkswagen and the I.D. family,” says VW’s Dr. Frank Welsch. “Competing in the most famous hillclimb in the world with the I.D. R Pikes Peak is a valuable test for the general development of electric cars.”

We’ll see the first I.D. cars on the market in 2019, and the automaker plans to offer more than 20 electric models worldwide by 2025.

“Pikes Peak is without question the most iconic hillclimb in the world,” said Jürgen Stackmann, VW’s sales boss. “The I.D. R project represents a fantastic opportunity for Volkswagen to change the conversation about e-mobility, both emotionally and from a sporting perspective.