Kris Meeke has had to retire from day one of Rally Argentina due to damage from his crash while chasing leader Elfyn Evans on SS4.Citroen driver Meeke was running second to Evans’s DMACK Ford on the opening morning before a heavy crash when a bump in the middle of what Meeke called “a nothing corner” sent him off the road.

Meeke managed to get to the end of the stage with substantial damage to the front, roof and rear of the car, having lost six-and-a-half minutes and fallen to 15th place.

He and co-driver Paul Nagle worked on the C3 on the road section afterwards in the hope of getting it through the following superspecial and back to service, struggling particularly to get the driver’s side door closed.

Ultimately, Meeke was forced to retire for the fourth time in this year’s five World Rally Championship rounds so far. 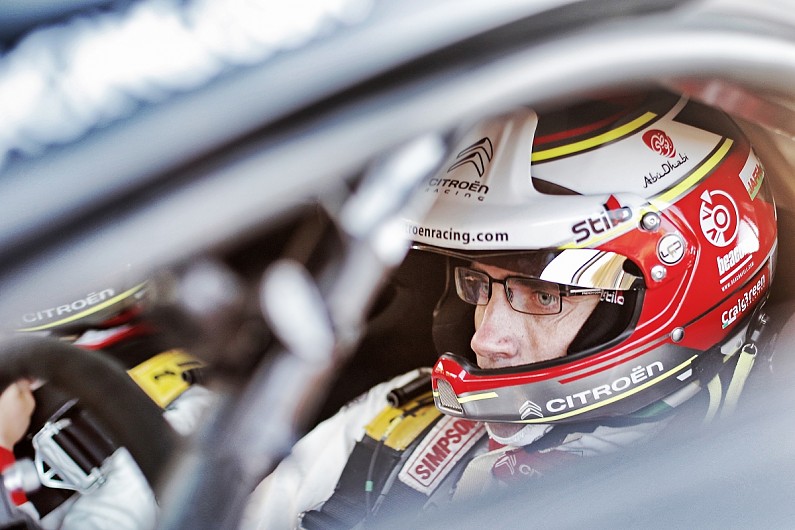 Compounding 10-time Argentina winner Citroen’s misery, Meeke’s team-mate Craig Breen had to retire at the same point having become stuck in fifth gear following a heavy impact on a compression.

Breen was running eighth prior to the problem.

Citroen intends to get both cars back out under Rally2 for Saturday.

But while a straight transmission change will fix Breen’s problems, Meeke’s chances of rejoining depend on whether his C3 sustained any rollcage damage.

Evans now leads the rally in his DMACK Ford by 23 seconds over Jari-Matti Latvala’s Toyota.