There are certain elements of modern Formula 1 car design that are universal and barely warrant a second glance; one example being the use of inboard suspension. This is where the spring and damper unit (in the case of a current car a torsion bar mounted longitudinally in the chassis with a separate damper) is mounted inboard from the suspension arms, normally actuated by a rocker.

This was not always the favoured set-up. Through the 1950s and into the early 60s, most F1 cars featured double wishbone front suspension with the coil over spring/damper mounted to the lower wishbone and a locating point on the chassis.

While there is nothing inherently wrong with this setup, (in fact there are many sports cars today that still utilise it, such as the Ginetta G55 GT4), there are downsides in an open wheel, single seat application. In 1960, Colin Chapman, originator of so many innovations, recognised this and set the tone for the next half century of suspension design.

The Lotus 21, released for the 1961 season and replacing the successful 18, was designed specifically for the new 1 ½ litre rules. It was supposed to run the newly designed Coventry Climax V8, but with development of this engine delayed it was rejigged to accept Coventry’s FPF 4-cylinder. 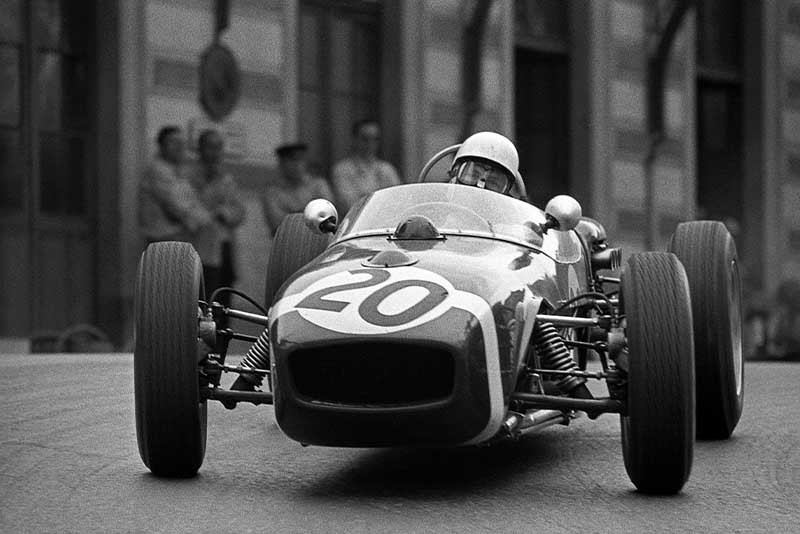 Stirling Moss in a Lotus 18 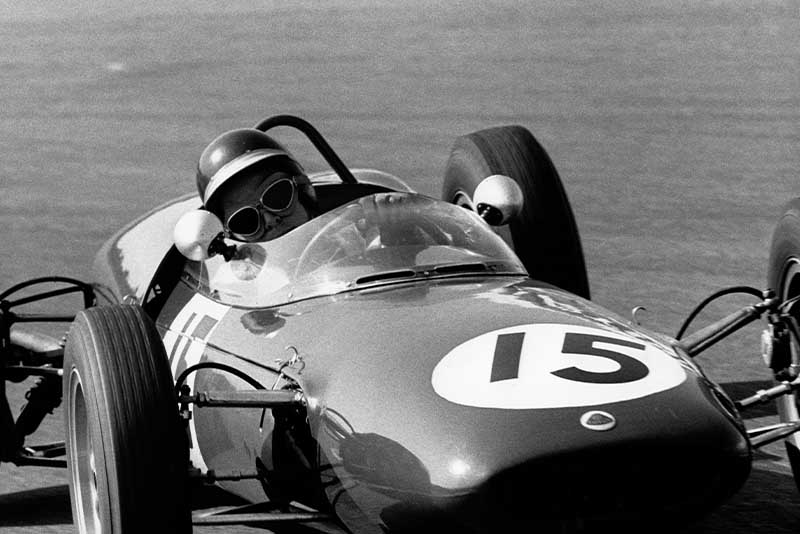 A noteworthy feature of this diminutive and sleek car was the front suspension. Rather than sticking with the conventional layout described above, and employed on the 18, Chapman opted to use a fabricated upper wishbone, pivoting on the upper chassis rail. But the shock didn’t pass through the wishbone and was instead mounted inboard of the chassis rail, actuated by an extension of the wishbone arm, effectively forming a rocker.

The main benefit in Chapman’s mind was reduction in frontal area of the car and thus drag. This goal further aided by the fact that the anti-roll bar could be mounted between the two inner arms of the suspension, moving this component out of the airflow as well.

Though pretty, the 21 was not earth shatteringly fast and half of the points scored by Lotus chassis in ’61 (giving it 2nd place in the constructers championship) were achieved by Stirling Moss in his Rob Walker entered 18. Innes Ireland did score the 21’s only GP win, and Lotus’ first works victory, at the end of season US Grand Prix, but by 1962, Chapman’s attention had shifted to the groundbreaking, monocoque chassis Lotus 25.

However, the impact of the 21’s front suspension would be long lasting, with F1 cars still running the design well into the 1980s, where the benefits of cleaning up airflow around the nose only increased as aero development accelerated. The basic idea remains today, albeit with the concept further refined to use pushrod actuated rockers rather than integrating the rocker into the wishbone.