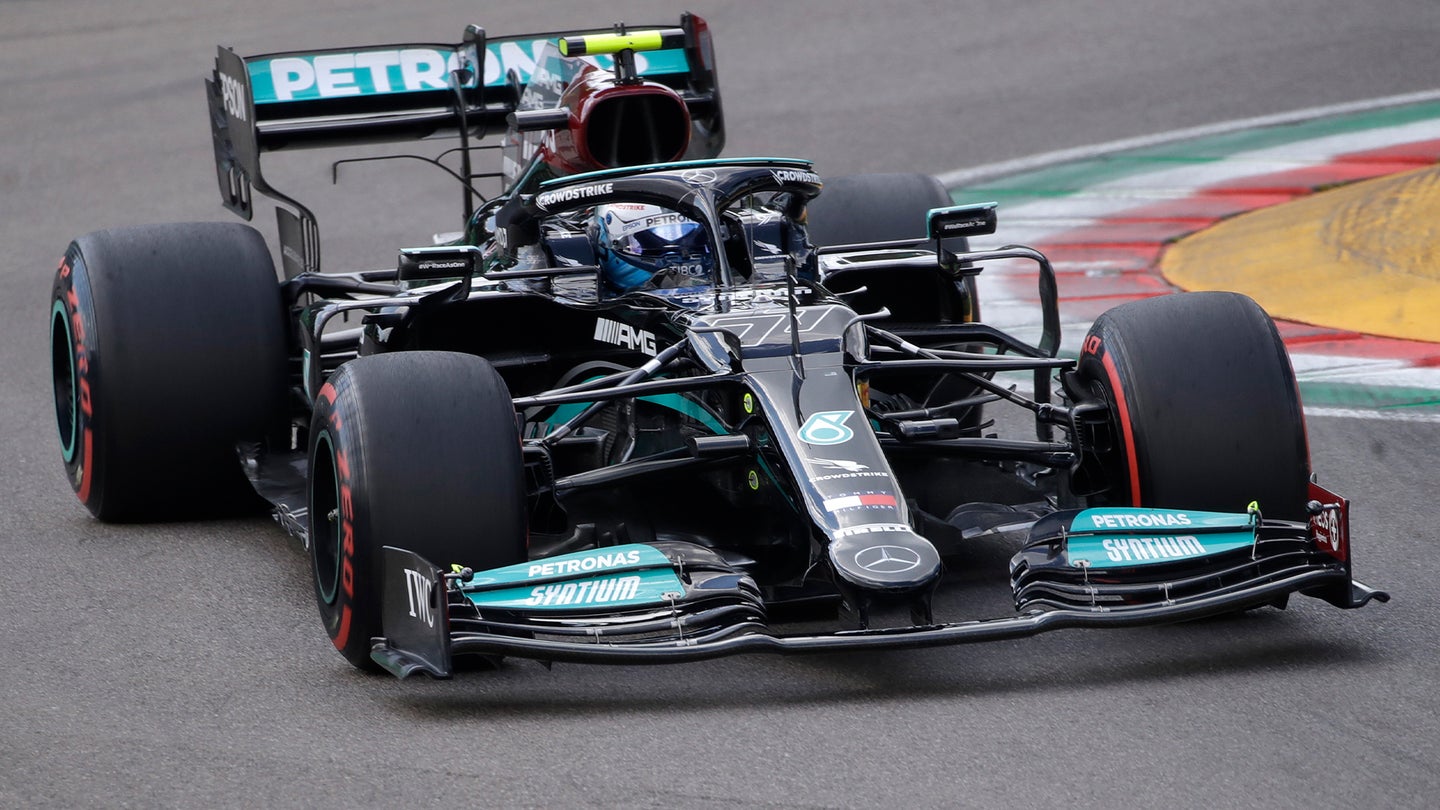 Fighting back from an early off and tangoing with Williams is not how Mercedes expected to spend its Sunday.

Formula One is not, lately, famous for how competitive it is. Although every team tries their hardest, one has absolutely nailed the hybrid era and it’s Mercedes. It helps that the outfit has Lewis Hamilton, of course, who could have won the constructors’ title last year with just his own points total, despite missing a race with COVID. But the team has sealed both drivers’ and constructors’ trophies every single year since 2014 and you can’t get away from that being dominant.
This year’s reduction in rear floor has hit cars designed like Mercedes’ hard. Aston Martin, who was accused of copying Mercedes’ 2019 car last year, has even called for the regulations to be changed because it’s so biased against cars with low rake, the concept Brackley builds around. Unsurprisingly, other teams are unsympathetic.
The net result, albeit achieved by pulling Mercedes back, is that teams are much closer than they were previously. In qualifying for last weekend’s Grand Prix at Imola, Hamilton was able to take pole by the narrowest of margins—his teammate, Valtteri Bottas, was just 0.487 seconds slower and started the race eighth.

That’s a marked difference from the previous year where the same difference would have seen Bottas start third. The cars are, overall, significantly slower with the aerodynamic reduction, but the most crucial thing is that they’re going at much more similar speeds.

It’s great if you watch F1 because the cars, although still really hampered by aerodynamics when they get close to each other, are honestly racing. The midfield is now basically everyone, with Mercedes and Red Bull still at a small advantage that’s extremely driver-dependent. Max Verstappen made it work on Sunday, snatching the Grand Prix win while Lewis Hamilton made an uncharacteristic mistake and ended up reversing out of gravel to have to fight McLaren’s Lando Norris for second.

Bottas didn’t fare as well. His lower starting position had him in the thick of the pack and, almost immediately after being lapped by Hamilton, fighting for genuine, on-track position with George Russell. That’s happened before when George stood in for Lewis at Sakhir last year, but this time he was in his formerly back-marking Williams car.

The two collided catastrophically, bringing out a red flag, and it’s been a slanging match ever since with Russell asking Bottas if he’d been trying to kill them both. George then implied Bottas moved on him deliberately to avoid being overtaken by someone who’s a rival for his Mercedes seat.

It would be impossible to know if Bottas was carrying damage prior to the collision, which might be psychologically vital for him getting in the car again since there’s otherwise no justification for a Mercedes being in the scrap for the final points positions. That Bottas was even within reach of Russell—who is driving for a team that hasn’t scored points since 2019—is a mark of how costly his lower qualifying position was. And, how unforgiving the competition is up the grid.

In the end, Hamilton made recovering from ninth to second look comparatively easy. But at least it now it’s clear you need a generational talent to run ‘rings round the rest, not just a silver car.