Romain Grosjean went to a different place while standing on the grid for Sunday’s Honda Indy Grand Prix of Alabama. Preparing for his NTT IndyCar Series debut, the Frenchman’s pre-race routine ventured beyond the usual stretching exercises and calming of nerves.

Moments prior to strapping into his No. 51 Honda, 140 days after his fiery Formula 1 crash, the trauma from Bahrain was waiting for one final reconciliation before he could move forward at Barber Motorsports Park. 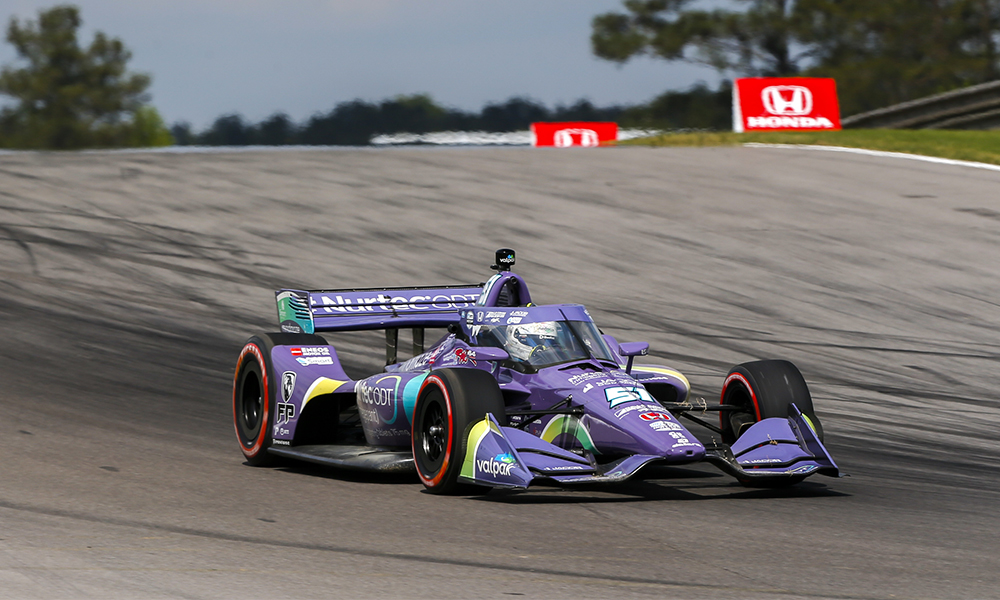 “We don’t talk about it as much, but before the race start, it was quite a difficult moment for me jumping back into a race car after what happened last year,” Grosjean told RACER. “I cried a bit before jumping in the car, if I’m being honest. And big, big mix of emotions. Then, I focused on this race; it’s time to go racing, but for me, it was a big day. It’s a great team around me, good spirits and they just want to go racing. And we’ve got really good people. They helped me a lot to get ready for (yesterday).”

Grosjean was one of the stars of qualifying as he placed his Dale Coyne Racing with Rick Ware Racing entry seventh on the grid, trailing only the cars from IndyCar’s four biggest teams. He’d spend most of the 90-lap race in the general area where he started, and settled for 10th, directly behind fellow ex-F1 driver Alexander Rossi, on what proved to be a highly educational day.

“We did well, and there were a lot to learn today, from the rolling start to the strategy that you’re saving the tires, the racing style in IndyCar, to push-to-pass,” he said. “So really, we can be proud of our weekend. Obviously, we qualified seventh and maybe had a bit of high expectations, but I think we just need to be very proud of what was done. It’s the first one out of many. And next week we restart from zero, basically. It’s a street course that I don’t know at St. Petersburg, and we go again to learn more.”

In driving for one of the smaller IndyCar teams, Grosjean has found a complementary fit as he and the DCR w/RWR outfit play the role of challengers to the paddock’s most formidable programs.

“We’re here racing with the big boys,” he said. “The Ganassi team, the Penske Team, Andretti is in front of us, so that’s pretty good. Sebastien Bourdais had a great race today [with A.J. Foyt Racing]. He showed that in IndyCar, you can try a bit of a gamble on the strategy, and it can work. That’s also the beauty of it. And for us, we know we can improve. We are a small team, but we’re here to race and race hard. The other teams should count on us that we won’t give them an easy time.”

With a loyal international fan base following Grosjean’s new IndyCar journey last weekend, he hopes to bring more people along for the ride as the championship gets rolling.

“It’s a great adventure, and I think that people are generally happy that I got back to racing after what I went through,” he said. “I think they really discovered all my growth through that tough moment. I think for the team, because they offered me the opportunity to come racing in the U.S., I hope we made them proud this weekend.

“And then IndyCar, obviously, because it’s a very American championship, I’m telling you that it is super competitive. It is super close. And it is good to watch. So for everyone it’s a win-win situation. And if I can bring a bit of my followers from the past to the puzzle here to make IndyCar even more watched, than I am more than proud of that.”