OTT TÄNAK STORMED INTO THE LEAD OF RALLY SWEDEN ON FRIDAY MORNING AFTER A CONVINCING VICTORY IN THE OPENING FOREST ROAD SPEED TEST ACROSS THE BORDER IN NORWAY. The Estonian, fourth in last night’s opening show stage, blasted through the 21.26km Hof-Finnskog in his Toyota Yaris to win the test by 3.8sec from Teemu Suninen and grab a 3.0sec advantage at the top of the leaderboard. 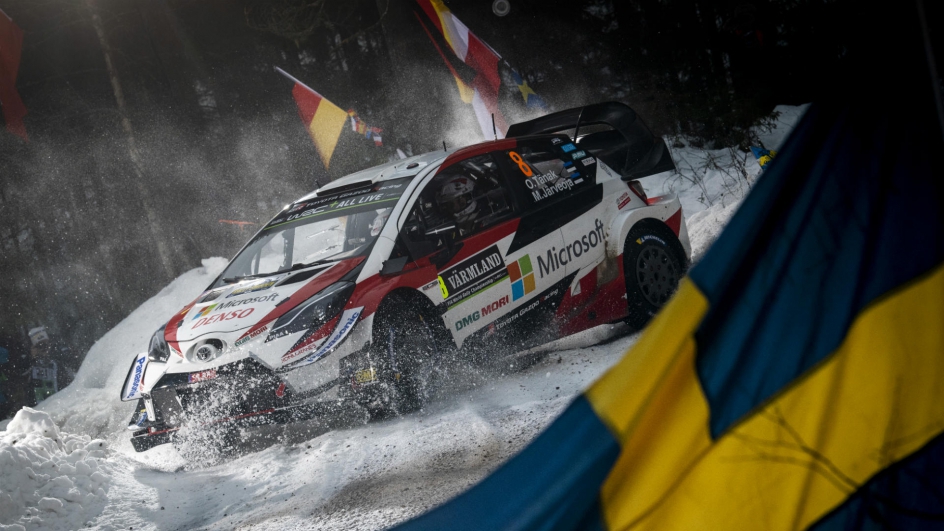 “Quite good grip and just a few slushy places. Overall the conditions are quite fair at the moment, all good,” said Tänak.

Suninen’s pace came as a surprise. Despite hailing from Finland, the Ford Fiesta driver lacks experience of snow and ice. “The grip was amazing but I couldn’t use the car as I wanted. We can go much faster. It wasn’t easy and I needed to work quite hard,” he said.

Sébastien Ogier was Tänak’s closest challenger in the overall standings. The Citroën C3 driver was fourth fastest to hold a 0.8sec advantage over Thierry Neuville’s Hyundai i20. Jari-Matti Latvala was fourth after posting third fastest time in his Yaris.

It was a bad opening for several frontrunners. Elfyn Evans, Marcus Grönholm and Janne Tuohino all spun into snowbanks, while Pontus Tidemand lost time when the windscreen wipers jammed across his Fiesta’s windscreen.

SS1 at Rally Sweden, the second round of the 2019 World Rally Championship.