Owing to two all-female line-ups, representing the Richard Mille Racing Team and Iron Lynx, in the 2021 FIA World Endurance Championship season, history is about to be made with six females for the first time competing full-time in any FIA-sanctioned World Championship-level competition. 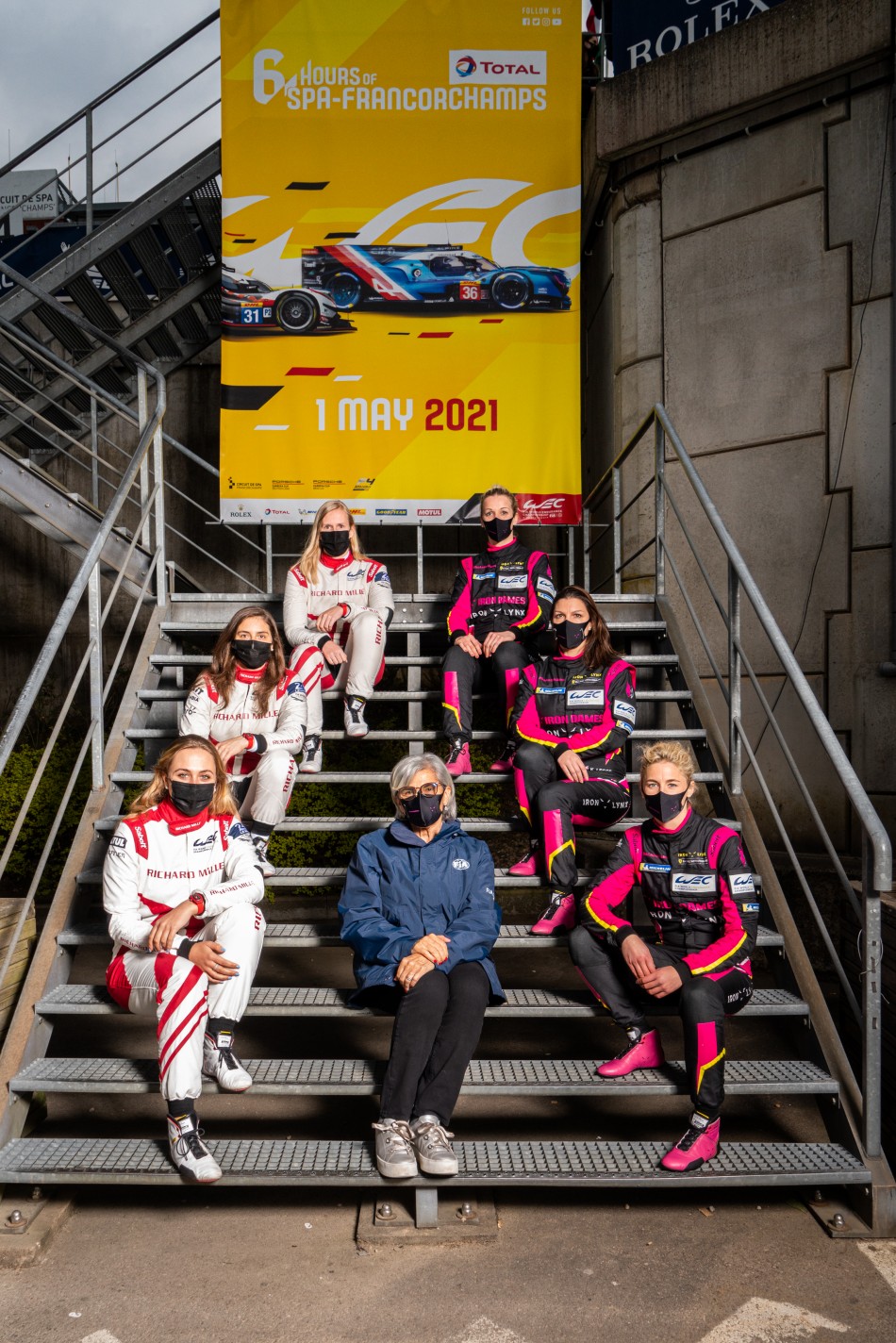 Graduating from the European Le Mans Series, the FIA Women in Motorsport Commission supported Richard Mille Racing Team steps up full-time to the FIA World Endurance Championship at the opening round , the 6 Hours of Spa-Francorchamps. Tatiana Calderón, Sophia Flörsch and Beitske Visser will be back behind the wheel of the #1 Oreca 07, Gibson-powered race car run by Philippe Sinault’s Signatech team, aiming to build on their strong first season in endurance racing last year.

In 2020, the crew became the first all-female line-up in the LMP2 category of the ELMS, as well as at the famous 24 Hours of Le Mans, and a fine team effort at the Circuit de la Sarthe rewarded them with an impressive P9 in the category on their first attempt at the legendary race. This year, as they line up on the grid for their first race of the season, Tatiana, Sophia and Beitske will be drawing on their previous experience to impress in the LMP2 field.

Among the LMGTE Am entries, the Iron Dames – a unique project conceived and supported by Deborah Mayer, a passionate French driver and promoter of women in motor sport – will be run by Iron Lynx, also regulars in the ELMS and now with a dual Iron Dames programme in the FIA World Endurance Championship.

The #85 Ferrari 488 GTE Evo will be in the hands of Rahel Frey, team newcomer Katherine Legge and Manuela Gostner, once again supported by the FIA Women in Motorsport Commission. Seasoned endurance racers, all three are proven podium finishers with Rahel, Manuela and team-mate Michelle Gatting claiming three podiums in the ELMS last year and another fine ninth-place finish in the category at Le Mans. With Michelle remaining with the Iron Dames in the ELMS this year, the team’s debut assault on the FIA WEC kicks off this weekend with another trio of top racers.

Supporting the teams and their drivers at their first race in a full FIA WEC season will be Michèle Mouton, President of the FIA Women in Motorsport Commission. “We have six very strong drivers with great speed and determination, and they have all demonstrated they have the potential to win. To have six female racers on the grid is a first in any FIA World Championship; it makes me extremely proud and I know there are further successes ahead of them.”