A total of seven R5s will feature in the Equator event making it the highest number on Kenyan soil.

Competitors believe the healthy entry of R5 cars on the forthcoming FIA ARC Equator Rally is a sign of better things to come.

KNRC Division 1 Navigators’ Champion Victor Okundi reckons: “It shows how much the continent has grown in the sport. Guys have invested a lot of resources in the machinery they’re driving suggesting how much confidence they have in their driving and preparation 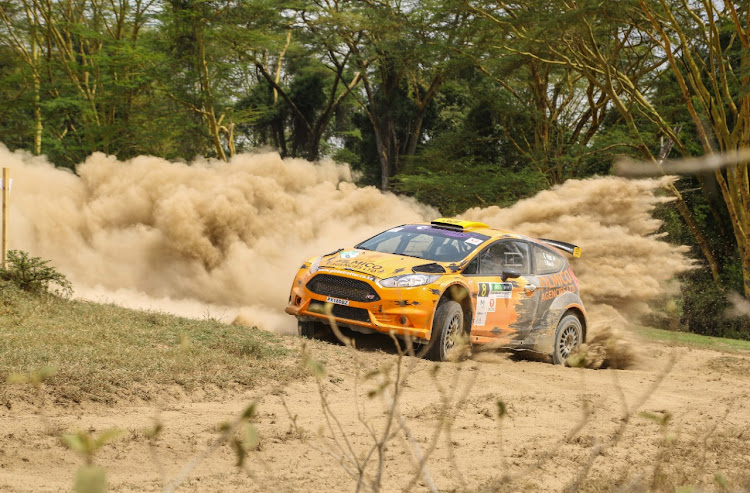 The event will also act as a dry run for WRC Safari Rally which returns to the global arena after a 19-year hiatus. Safari, which previously served as the Kenyan round of the ARC, will be returning to the global FIA schedule from June 24-27.

“The bar has been raised. It’s definitely going to be an interesting thing to see how the R5s fair against local knowledge, then, of course, our boys against the outsiders. It’s nice that we’ll get to use the WRC route as we envisage the pace and glamour of a global event,” said Fernandes.

“What I’ve noted in the past is the route always has something new, thanks to our weather here in Kenya. It’s always got something different along the way — be it a new mud hole, or a tree stump at a hairpin … so yeah.. I’m sure between ARC and WRC, something will be added along the way.”

WRC2 is the championship’s primary support category and the principal feeder for ambitious competitors targeting the final step to a World Rally Car drive. The category is for manufacturer-backed teams and independent teams approved by the FIA.

WRC3 category features cars that comply with exactly the same technical regulations as WRC2, but designed for privateer drivers only.

Meanwhile, Safari Clerk of the Course Gurvir Bhabra has highlighted an exciting range of events in the run-up to Equator Rally.

The event will offer various Safari officials, including Stage Commanders, their Deputies, Set-Up Crew and other Assistant Clerks of Course, an opportunity to savour a real WRC scenario.

Gurvir confirmed that the revived Equator event will use six stages from the WRC Safari route.

The next FIA ARC event after Equator will be Rally of Tanzania on the weekend of July 24-25 followed by Pearl of Africa Uganda Rally on August 21-22, Zambia International Motor Rally on September 25-26 and Rally of South Africa on November 6-7.