South Africa’s young rallystar, Henk Lategan, says that the Monte Carlo Rally has been an experience of a life time. “I have never experienced anything like it before”, he said. 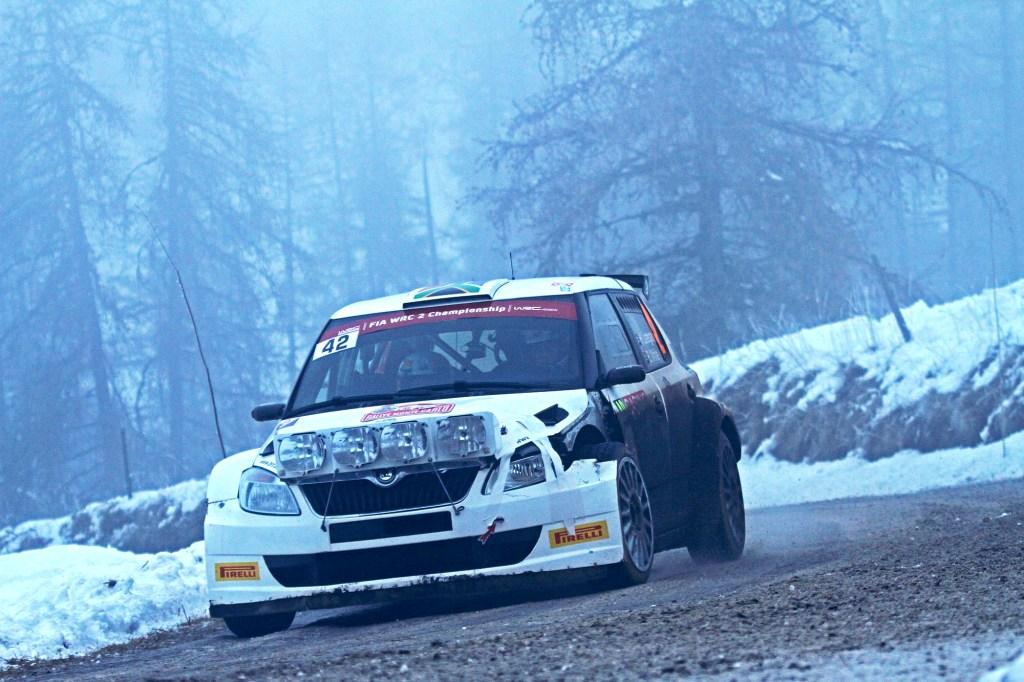 Speaking to Rallystar, Henk said that you have to be on your toes all the time because there is so much to do. “You don’t get much rest on the rally. You drive till late and then you have to get up early again for the next day’s stages”.

“I learnt a lot on the rally. The stages are not all that easy to drive and you can get caught out very easily. The one moment you are driving on dry tar and the next moment you are on ice and snow. The road conditions on the stages are constantly changing and you have to be very aware of that. And in the end a was a patch of black ice on the road that caught us out. You also have to be very sure of your tyre choices”.

He added that on some stages you encountered fog and you could hardly see five metres in front of you. You have to slow down a lot so that you don’t make a mistake. “Some corners that went encountered we had to take so easy that someone could walk beside the car and look at what you are doing or even push you through the corner.”

He said that the atmosphere at the event is something fantastic.”We had a lot of people who came to us and gave us some tips on how to drive on the stages.

“I have also never seen so may spectators on a rally in my life. There were more spectators on the Monte Carlo than what we get on our own rallies in a year. And they are all cheering you on”, he said.

He added that the S2000 cars were no real match for the new R5 cars. “They have more low down power that makes it easier for them to handle the icy conditions.”

He confirmed that the plans were that he would do two more WRC rounds this year. The Rally Portugal and Rally Sardinia.

According to his father, Hein,,there was a lot of interest in Henk .