The World Rally Championship heads to Croatia for the first time next weekend, and despite a six day test in the country, Toyota are unsure of what to expect from the all-asphalt event. 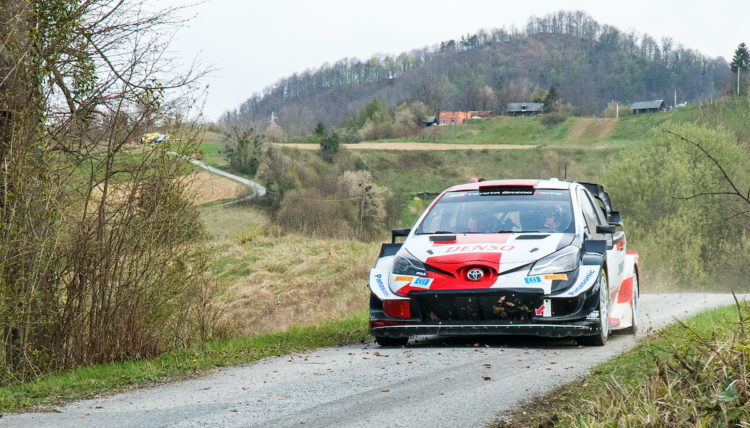 But heading to a new venue, team boss Jari-Matti Latvala is expecting “challenging” conditions after experiencing similar roads during a six-day test to familiarise themselves with the new Pirelli tyres.

“It is very interesting to be going to Croatia for the first time with the WRC, for what looks to be quite a fast asphalt rally,” he commented. “The surface appears to be generally quite abrasive but we understand that in some places it can also be very slippery, so it could be really challenging for the drivers.

“Normally the Yaris WRC has been very strong on asphalt, as we have seen in Monza and Monte Carlo recently, but we also know that we cannot take anything for granted and that we need to work hard to be successful.

“We have done six days of testing in Croatia, trying to use roads that are as similar as possible to what we are expecting to find on the rally.

“Of course, we know the car well now and it is not so easy to keep making big steps with the setup, so our main focus has been on how to get the best out of the new Pirelli tyres.”

Championship leader Rovanpera insists he’s not feeling additional pressure heading into the event because of his points position.

“I’m really happy with how the has season has started for me and hopefully we can carry on the same way,” added the Finn.

“I’m not feeling any pressure even though I’m leading the championship: It’s only been two rallies and we have a long season ahead. For sure it’s nice to be in this position but we have to work hard to try to stay in the fight.

“I’m excited for Croatia: It will be the first time for me on a proper asphalt event with the Yaris, as so far I’ve only had events with winter conditions like Monza and Monte Carlo.

“I’m hoping that we can have dry weather like we did on the test. The stages look really nice, but if it’s raining, I think there will be a lot of mud on the road and that will be tricky.”

Elfyn Evans is also unsure of what to expect, adding: “We’ve been able to study videos of the stages to learn as much as we can, but nothing can substitute actually being there on the recce and seeing the route for real.

“The stages look quite mixed, with some wide fast parts and some very narrow bumpy parts, and there could be quite a lot of cutting. So it looks like we need to be quite adaptable to the different surfaces and different character of stages that we’ll face.

“We don’t have masses of experience with this car on dry asphalt or with the Pirelli tyres, so in testing we were trying quite a few different settings. But the feeling in the car was generally positive straight away from the first runs.”

Seven-time rally champion Sebastien Ogier is keen to continue experiencing new events, despite his long-time in the WRC.

“Croatia will be a new rally and I’m excited to still discover new things in this sport at this point in my career. It has been a long time since we had a full asphalt rally like this one, and the Yaris is a great car to drive on asphalt, so I’m sure it will be fun.

“The pre-event test was very important because we have new tyres this season and this was the first chance to drive the slick tyres on dry asphalt. I did a lot of runs, trying all of the the different combinations of tyres and trying to be ready to make the best choices during the rally,” added the Frenchman.