WRC2 driver Ole Christian Veiby has been suspended from competing in the remaining rounds of this year’s World Rally Championship after breaching COVID-19 protocols. 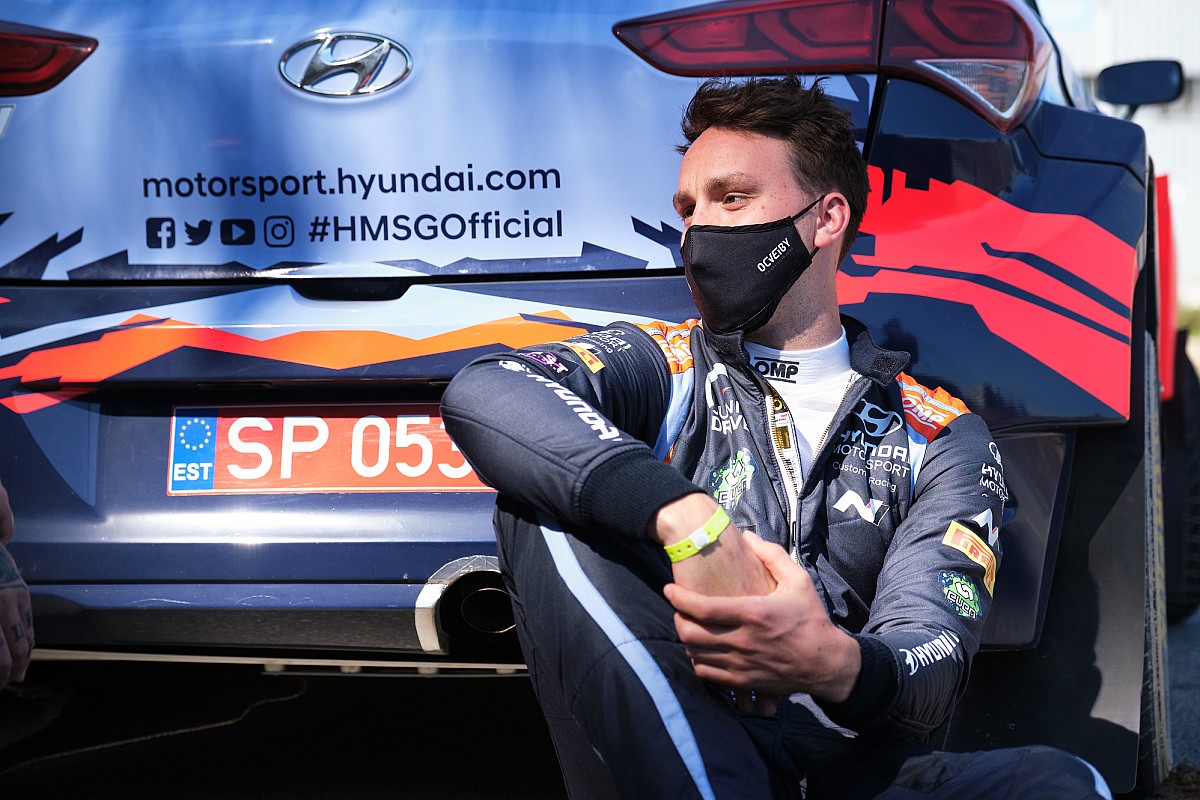 The FIA has handed Veiby a six-month ban after failing to notify the motor racing governing body that he had been in contact with a person that has since contracted COVID-19.

As a result, he is banned from any WRC event until November 23, a week after the Rally Japan finale, which means he will miss the remaining events of the season.

Co-driver Jonas Andersson has a lesser three-month ban until August 21 having been found guilty of breaking quarantine regulations and for travelling from Spain to Portugal.

Veiby himself tested positive for COVID-19 after Thursday’s pre-event shakedown for last weekend’s Rally Portugal, forcing him to withdraw from the rally.

The 24-year-old Norwegian had been in contact with WRC2 title leader Andreas Mikkelsen prior to Rally Portugal at the Targa Florio rally earlier this month. Since that event, Mikkelsen tested positive for COVID-19 last Monday and was forced out of Rally Portugal.

While Veiby and co-driver Andersson both tested negative for the virus last Monday, Veiby had breached COVID-19 protocols by failing to notify the contact with Mikkelsen to the FIA COVID-19 delegate.

“Mr Veiby took a routine antigen test on Thursday, 20 May. The result was positive. He was retested with 1D NOWTM COVID-19 molecular rapid test as well as a regular PCR test, both of which revealed a positive result,” read a stewards report.

“The driver was ordered to isolate in his hotel room and the co-driver was set in quarantine. The public health authority (PHA) was informed. Mr Andersson was tested as negative for COVID-19.

“Mr Veiby did not declare to the FIA COVID-19 delegate that he had been in close contact with a person who was found to be COVID-19 positive during the week before the Portugal event. This is a breach of the FIA ISC, Appendix S, Art. 6.18.

“Moreover, the public health authority state that all positive COVID-19 persons must self-isolate for 10 days. Mr Veiby did not do this and drove to Spain on 20 May.

“The World Rally Championship and the FIA take the regulations of FIA ISC [International Sporting Code] Appendix S and the procedures to reduce the exposure to the pandemic extremely seriously.

“Mr Veiby did not state that he had been in close contact with a positive case in the days before the Portugal event and he did furthermore not have permission to, nor did he seek permission to leave Portugal to return to Spain when he was supposed to be in quarantine for 10 days in Portugal.

“This is a serious breach of the applicable regulations.”

Veiby released statement of his own following the news of his ban, explaining his actions.

“It’s with a big shock I have received the steward’s decision regarding my positive COVID-19 test in Portugal. I understand this is a serious situation, but I acted according to the information given and in good faith,” read the statement.

“I tested negative three times over a five day period prior to the positive test. I have never hidden the fact that I spent time with a person during the Targa Florio Rally and after, that later tested positive.

“When my positive test result came back, I immediately isolated at the hotel. Back at the hotel, we received a phone call from a representative from the organisers COVID team, explaining us we could finish the isolation at home, if we drove by car, which is why I left for our family house in Spain, alone in a car, to avoid contact with other people.

“I can only apologise for the situation and I’m really sorry for the team. I sincerely hope I haven’t exposed anyone else with the virus.”

Hyundai Motorsport N has also been reprimanded by the stewards and will announce its new WRC2 driver line-up soon.

“We fully respect and support the decisions and the reprimands outlined by the Stewards in this case, as we take these protocols extremely seriously,” said team boss Andrea Adamo.

“We will communicate further about our WRC2 line-up in due course.”